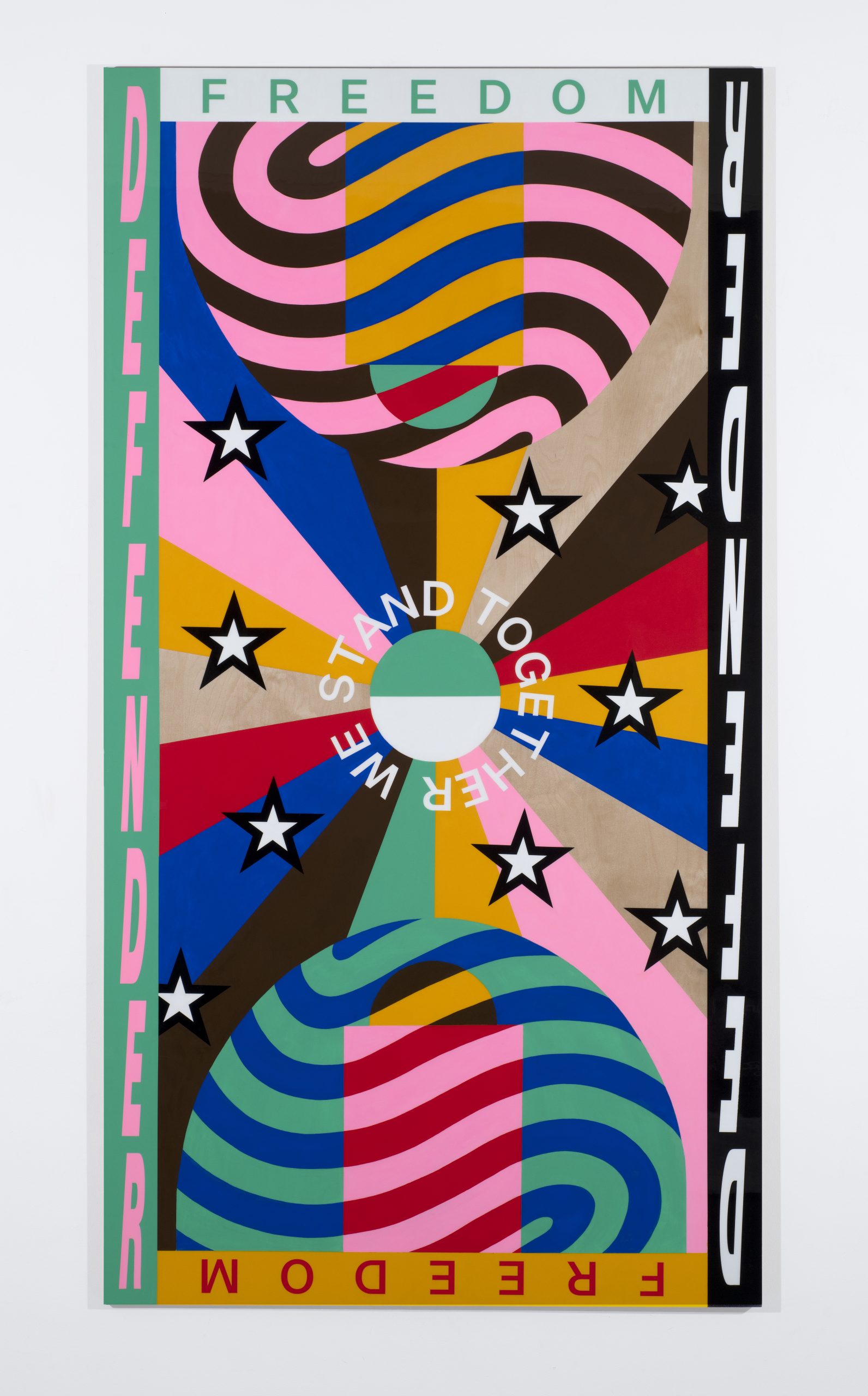 Basketball tells stories. Some are of joy and triumph, others of  struggle and pain. These anecdotes are written in books and magazines, they’re made into blockbuster movies, video games and binge-able documentary series.

London-based artist Lakwena Maciver—whose compelling, distinct murals have been seen on the Wynwood Walls in Miami and The Bowery Wall in NYC—caught a glimpse of basketball’s narrative while working on a court in Arkansas back in 2020. Taking inspiration from poet Maya Angelou and a viral video from Arkansas state senator Stephanie Flowers speaking about social justice, Maciver’s designs echo emotion while capturing the powerful beauty of the game.

The basic layout of a basketball court has provided the canvas for Maciver’s most recent hoops project, “The Jump Paintings.” Each court in her series is an abstract portrait of the player it represents, cryptically alluding to their personalities, journey and character. Unlike her previous blacktop designs, these courts hang vertically on gallery walls and are the exact size of the player who inspired the creation, with “Tyrone” (top right, based on Muggsy Bogues) standing at 5 feet, 3 inches and “Manute” (top left), based on Manute Bol at 7 feet, 7 inches.

Maciver sees the game and its history through new eyes. Her refreshing vantage point, combined with her extensive research of the players featured, provides a contemporary and unique interpretation. She embraces the cultural importance of the game with dignity and respect, and her enjoyment flows throughout. “The Jump Paintings” series is unlike any other basketball/art crossover project seen before.

It would be dope to see the NBA bring on Maciver to design their All-Star Game court one day. Until then, the fact that she’s building a bridge that brings the stories of the playgrounds to art galleries around the world is a big deal. Long may the stories continue.

The post Lakwena Maciver’s ‘The Jump Paintings’ Captures the Beauty of the Game by Reimagining Basketball Courts appeared first on SLAM.