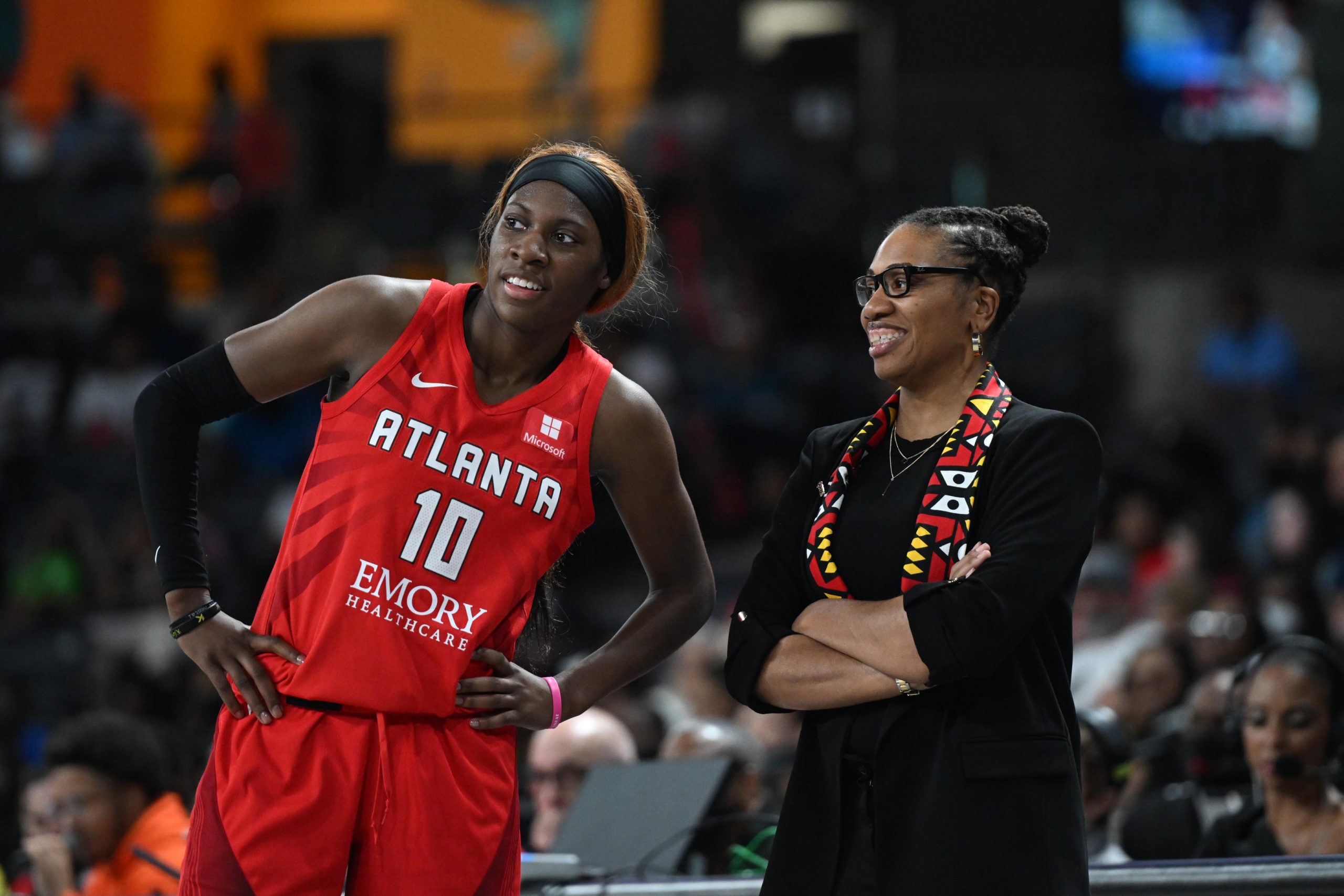 All in. High accountability. Positive energy. “We” over “Me.”

Often known as a defense-first coach in previous stops as an assistant at the UNC Charlotte 49ers and Las Vegas Aces, Wright is positioning the Dream as a defensive fortress with up-and-coming young stars. The Dream are currently the only team to limit an opponent to 90 points per 100 possessions and also rank second League-wide in rebounding. In May, the Dream netted their first win against the Mercury in four years thanks to the team’s 20 assists.

“Any time you have the chance to start from the ground up, you have a chance to put your stamp on things,” Wright says.

After a transformative offseason in which the Dream swapped out the infamous Kelly Loeffler for an ownership group that includes Renee Montgomery and new president Morgan Shaw-Parker, Atlanta is buzzing with a 8-8 record.

Wright’s retooled Dream squad relies on defensive toughness and mentorship. As a WNBA champion player herself, Wright is taking lessons from the greats she played with such as Sheryl Swoopes and Swin Cash, and those she mentored later in her career like Tina Charles and Brittany Boyd.

“I wanted to be a coach that gave life to players,” Wright tells WSLAM. “Rather than breaking them down, I want to build them up but still hold them accountable.”

She’s doing just that and then some. Her defensive tenacity has merely transformed into words of wisdom from the bench and even a little trash talking, especially with likely Rookie of the Year Rhyne Howard. Her favorite jab to her budding superstar? “I would’ve locked you up if I was out there.”

The post Tanisha Wright is Instilling the Atlanta Dream With Toughness and Defensive Tenacity appeared first on SLAM.