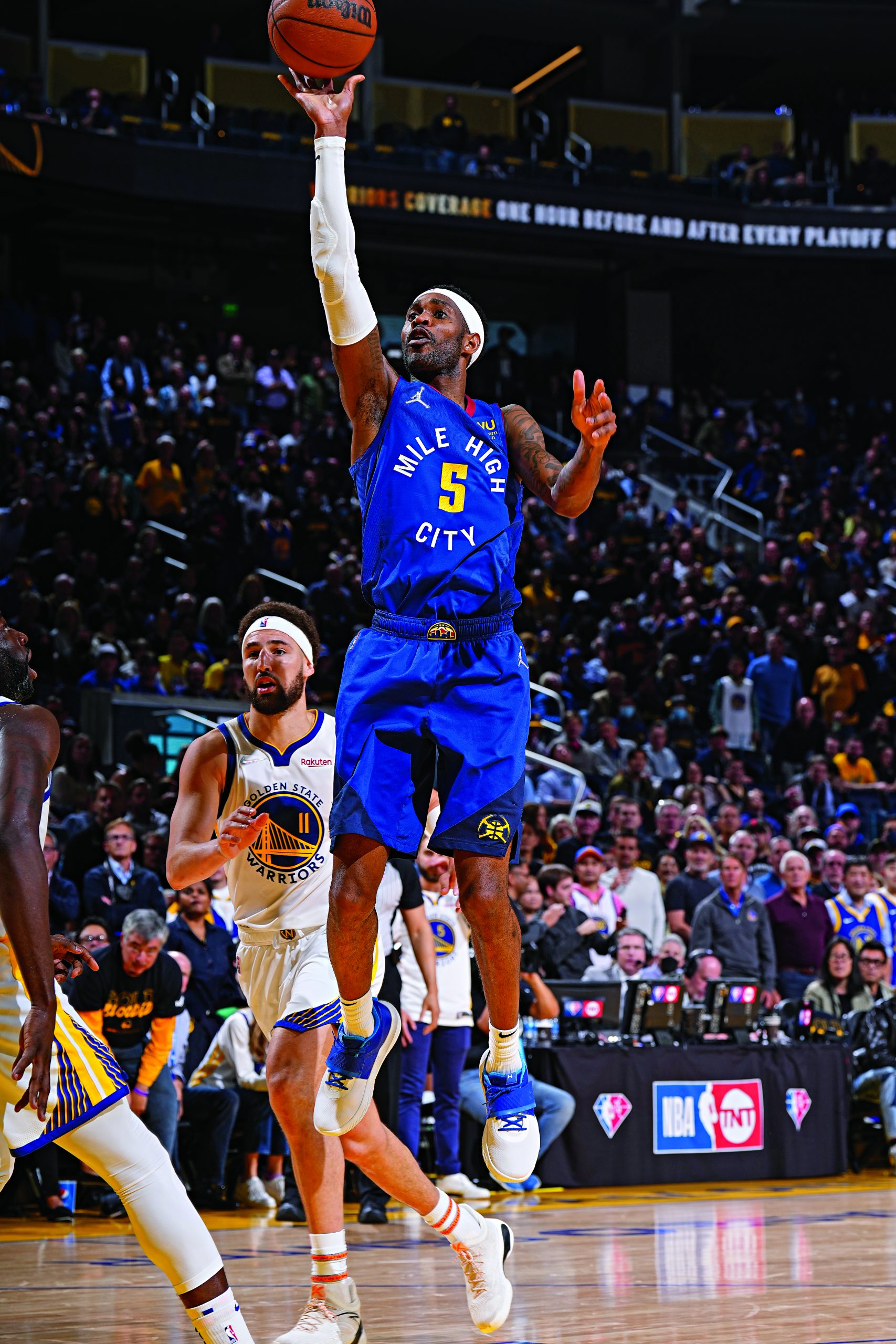 Will Barton is on an adventure. Reflection, sedulous hard work and his quiet self-confidence are his guides. His family, though, provides him with reminders of his achievements, ones that only a select few humans could ever attain.

But now we’ve come to the portion of the journey where, according to Barton, “It’s time to reflect.”

The 10-year NBA vet will be the first to tell you that a five-game first round exit was nowhere near what the Denver Nuggets expected to accomplish in the playoffs last season. The early exit, however, did provide Barton more quality time with the family and friends who aid in his mental fortitude throughout the season.

“It’s a grueling process over here during the season, you don’t have much time for anything or anyone to the level that you want,” Barton tells us over Zoom, just days after getting bounced from the playoffs, which ultimately became the end of his time with the Nuggets after he was traded to the Washington Wizards right before the start of free agency this summer.

Back home in Baltimore, being constantly surrounded by the voices of his loved ones, Barton is in better spirits. Working out has been easier, training just miles from his home while his kids watch him net jumper after jumper from the sidelines.

Last season, coming off three years as a solidified starter in the Mile High City, Barton only continued to excel in his transition off the bench, averaging 14.7 points, 4.8 rebounds and 3.9 assists.

As one of the most consistent pieces for a Western Conference favorite year after year, Barton’s ability to rain down buckets in bulk was ever more apparent during his two 11-game streaks of double-figure scoring. Or maybe it was when he lit up the Lakers for a 25-piece, including six threes, while missing just four shots. Or maybe it was when he became the Nuggets’ all-time leader in three-pointers last season—but we’ll get to that later.

Amidst his success, Barton admits that as a professional athlete who constantly sets lofty goals, the result is more often than not him being self-critical. “Now it’s about me mastering it mentally and being able to dominate the game in that way,” Barton says. His inner circle, however, is always reminding him to take a step back in order to appreciate and assess the entire body of work. Rumination can be a powerful tool.

“It was a good season for me. They helped me realize that because they know how hard I am on myself, they know how much I want to win and how much I’m always looking to do better. So you need that balance,” Barton adds.

For Will “The Thrill” Barton, reflection comes in many forms. Dabbling into a new lane last year, he launched his own YouTube channel fitted with videos detailing his 2021 summer workouts, including a 26-minute short film on his offseason in Baltimore. When we ask if the channel will be making a comeback this summer, he alludes to something bigger in the works, having just taken a break from working on his upcoming documentary.

Over the past five years, Barton has enlisted the services of videographers to document the highs, the lows and everything in between, on and off the court. “At first, it just started off as getting various moments of my life. I didn’t know I was going to do a documentary at first,” Barton tells SLAM.

From entering free agency in 2021, to eventually signing a two-year, $32 million deal with Denver, to various celebrations with his family and even capturing how he prepares in the lab, Barton has established another pathway to capturing his journey. He’s reminded of it each day when he sits down to churn out the day’s to-do list.

As a former second-round pick who bounced around between the Portland Trail Blazers, the Idaho Stampede (now the Salt Lake City Stars) and Denver during his first three seasons in the League, Barton’s not only built to be resilient, but also with an insatiable desire to never settle after reaching the next rung on the ladder.

“I’ve done a lot, but there’s still things that I haven’t achieved that I think I could. That’s how I got to this point in my career,” Barton says. “I’ve gotten good at chasing things, whether they happen or not, because greatness comes with that.

“I’m always putting something in my mind to keep me going, to keep me wanting to better myself and become a better player.”

A decade into his career in the Association, Barton’s still just as hungry as when he was selected with the 40th pick by the Blazers in 2012, scratching and clawing to make an impact. The fuel to that insistent desire is rooted in his family’s reinforced perspective, allowing Barton to attack his goals with clarity.

As the 2012 C-USA Player of the Year at Memphis, Barton knew that in order to “survive in the NBA,” consistent shooting from three was essential in a League that was continuing to favor the deep ball. Yet in his breakout sophomore year—when he averaged 18 points, 8 boards and 1.4 swipes a game—he shot just 34.6 percent from beyond the arc.

But “hard work, dedication and confidence can take you a long way,” he says.

On March 4, with 2:47 left in the third quarter of a home game against the Houston Rockets, Barton’s adventure reached another milestone: the Baltimore native became the Nuggets’ all-time leader in threes made.

Initiating a dribble hand-off into a pick-and-roll with JaMychal Green on the left wing, Barton effortlessly stepped back behind the arc and knew as soon as the ball fell through the net that he’d just hit three No. 769.

“No one forced me to get in the gym and become a better shooter,’’ Barton says. “It was just something that I wanted to do for myself to better my game and take my game to the next level.”

Despite his early shooting struggles, Barton has never been one to shy away from a challenge. Standing amongst the raucous applause at Ball Arena after becoming the Nuggets’ new three-point king, it was more than a full-circle moment for him.

“To go from that—knowing I had to work on it that much, to now it being a strength in my game, a reliable point and something that makes me very tough to guard, and then being able to translate all of that into the franchise leader—is special, very special,” Barton reflects. “A lot of people don’t get to do things like that.”

As our Friday afternoon call begins to wrap, our conversation transitions into his current views on the rap game, given that we’re speaking with a fellow spitter who’s got some current tracks in the works.

Future’s I Never Liked You has been on repeat every day since its late-April release, he says.

“I can take a little bit [from] anyone doing great at anything in life. Whether that’s basketball, music, someone working a 9-5. Greatness respecting greatness, that’s what I always say,” Barton adds. “You gotta respect greatness no matter what field it is. So I try to find inspiration from anything that I see that’s great. And then from there, try to dissect my own game and figure out my strengths and weaknesses and what I need to get better [at], being brutally honest with myself and learning.”

Harkening back to his days as a young hooper who was still trying to solidify his name within the League, a particular lyric from Future Hendrix’s DS2 album was in constant rotation in his mind, still ringing true to this day.

As we dish on one of the best rappers in the game, Barton says the multi-platinum emcee still doesn’t get his credit, that his genius still isn’t truly realized, that his impact is still partially unmeasured. Another trait the two may share. Consistent hard work, self-confidence and the role of remembrance have emboldened both. But as Barton puts it, “The people that know, they know.”