After Claiming a Historic TOC Title, Simeon Wilcher is Ready to Win Big at North Carolina 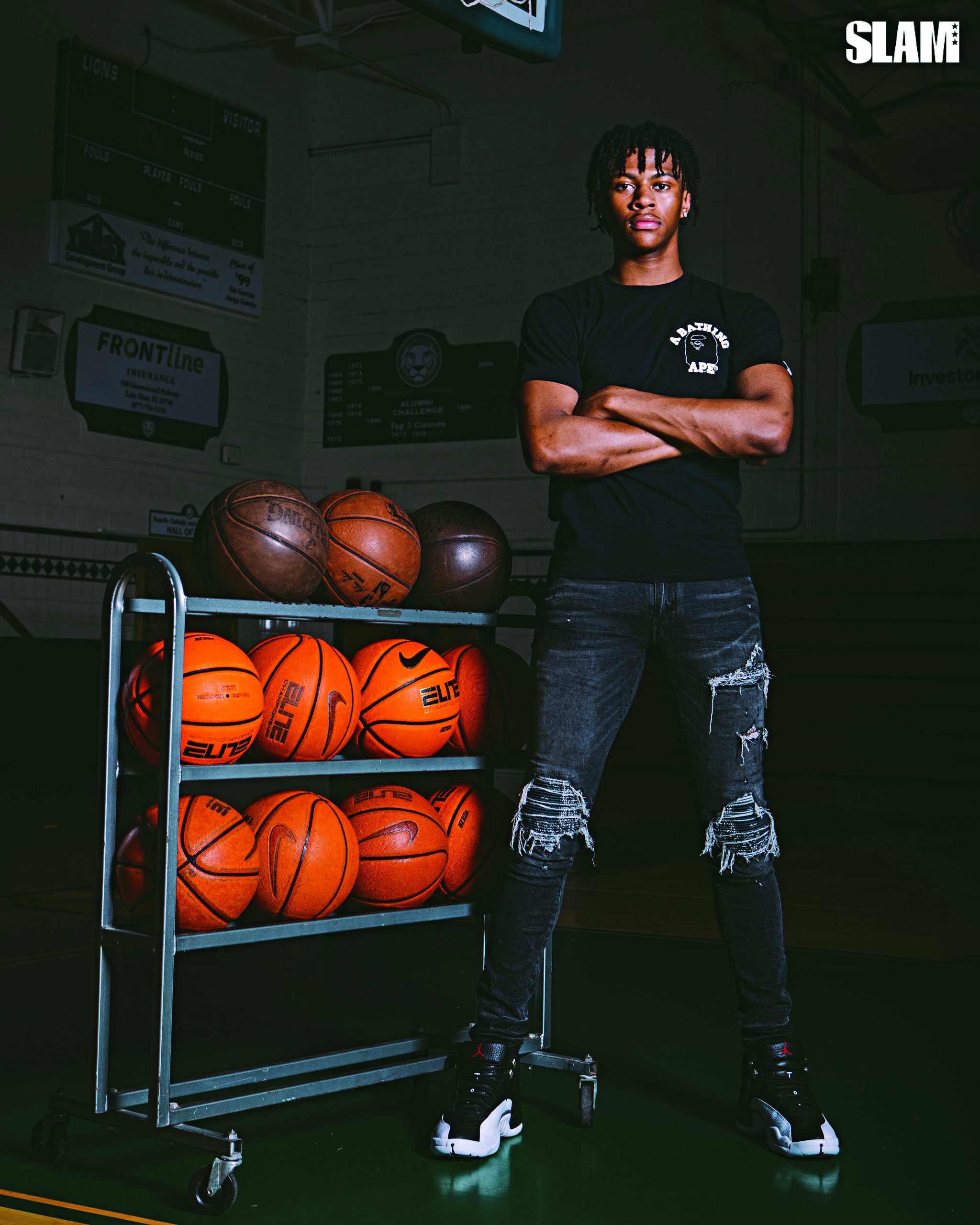 There were levels to the crowning moment (so far) of Simeon Wilcher’s high school basketball career.

Back in March, Wilcher led his Roselle Catholic squad to a 61-58 victory over Camden HS in the New Jersey Tournament of Champions final. That this was the last-ever TOC—a longstanding Garden State tradition pairing the best teams regardless of enrollment or public/private status to determine a true state champion—made it that much sweeter for Wilcher and his teammates. The ’chip meant even more considering that Wilcher’s freshman season was cut short by the arrival of the pandemic, and his Covid-impacted sophomore season was basically a wash.

“This was really my first full high school season with Covid and everything, so to win the very last one, it was special,” Wilcher says. “It means the world. This is the one that everybody will remember.”

There are other reasons a lot of folks—Wilcher included—might savor this one. The game itself was an instant classic, going to overtime before Roselle pulled out the W. And then there was the opponent: Camden was led by DJ Wagner, the consensus No. 1 player in the Class of 2023 and two-time Gatorade state POY. On this night, it was Wilcher—who scored 22 points, including a vital 8-9 from the line—who came out on top.

A 6-4, 185-pound lead guard and consensus top-15 prospect in the ’23 class, Wilcher doesn’t seem the type to obsess over rankings or individual matchups. But he’s also a competitor who appreciates the opportunity to rise to a challenge. Of a matchup like that unforgettable TOC final, he says, “It gives you that extra motivation, that you still have something to prove. You don’t need affirmation from anybody, but just personally, you want to go out and show you can compete against anybody.”

That sentiment seems to run in the family. Simeon’s father, Serge, says they don’t pay much attention to “rankings and things of that nature—we never really give too much credence to that. We focus on what we’ve always done and play competitive basketball all year round. We want to play against the best kids possible.”

After he wraps his upcoming senior season, Simeon will get a chance to do just that when he suits up for North Carolina beginning in 2023. He committed to the Tar Heels last fall, choosing UNC over offers from Nebraska (where his brother, CJ, plays), Auburn, UConn and others.

In signing with Tar Heel legend-turned-head coach Hubert Davis—who led UNC to the national title game this past spring—Simeon says he found everything he wanted.

“Committing definitely made it easier to focus, so I could just get out there and compete,” he says. “My relationship with the whole coaching staff is just growing, and I feel like Coach Hubert really proved himself, especially being a first-year head coach. People didn’t expect him to do anywhere as good as he did. I’m just going down there to keep that going.”

“The money and all that stuff is going to come,” he says about the other non-college offers he received during the recruiting process, “but there are things you should experience in high school and college that you wouldn’t really be able to get back.”

And there’s still lots Wilcher wants to experience before he gets down to Chapel Hill: “I want to win that New Jersey Gatorade Player of the Year—whatever I have to do to get that. I want to play in the McDonald’s Game, the Jordan Brand game. I gotta make sure all that stuff happens [first].”

The post After Claiming a Historic TOC Title, Simeon Wilcher is Ready to Win Big at North Carolina appeared first on SLAM.