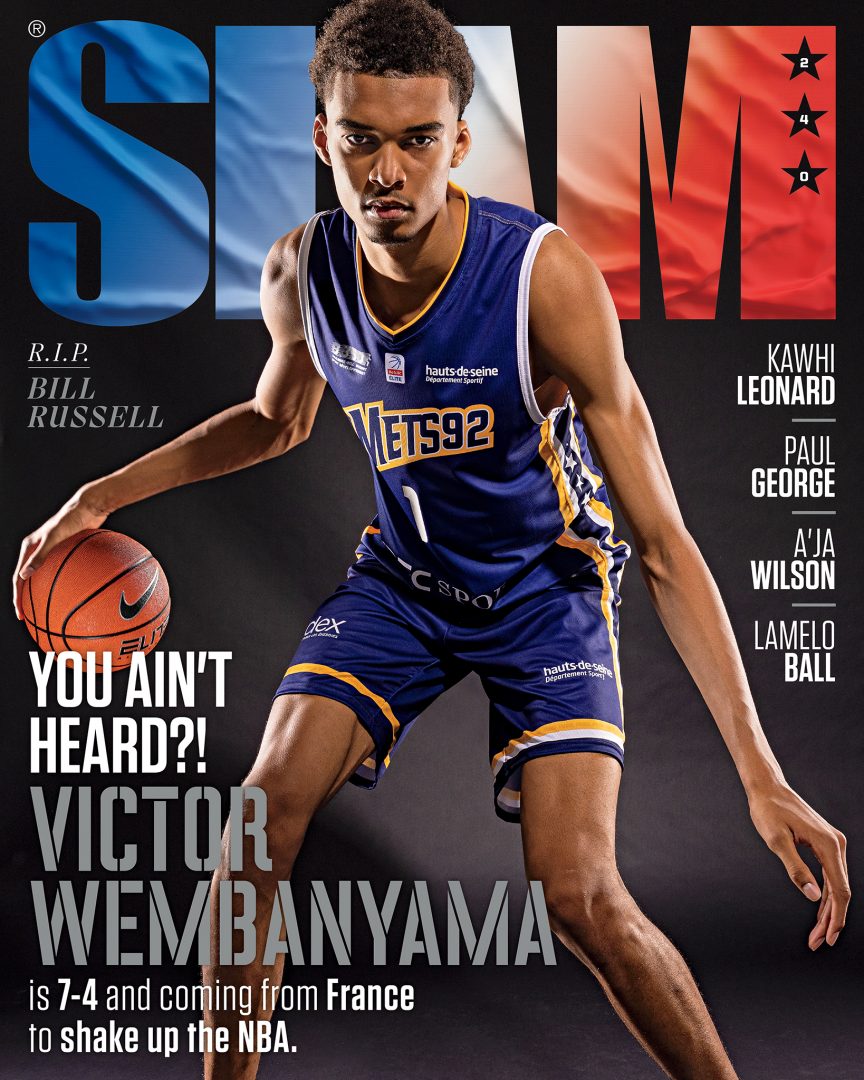 Two giant steps in basketball’s evolution are on the way from just outside of Paris, France. Eighteen-year-old Victor Wembanyama stands at 7-4 and does absolutely everything on the court, all with the confidence of an all-time great.

A year from now, remember that SLAM introduced you to the kid who might just change the game. You can read the exclusive SLAM 240 cover story here.

SLAM 240 is also available in this exclusive Gold Metal Edition, as well as Cover Tees. Tap in.