From a Sweet 16 Run to NIL Deals, UNC’s Deja Kelly is Already a Star in the Making

Maryland Flames Basketball > Basketball News > From a Sweet 16 Run to NIL Deals, UNC’s Deja Kelly is Already a Star in the Making 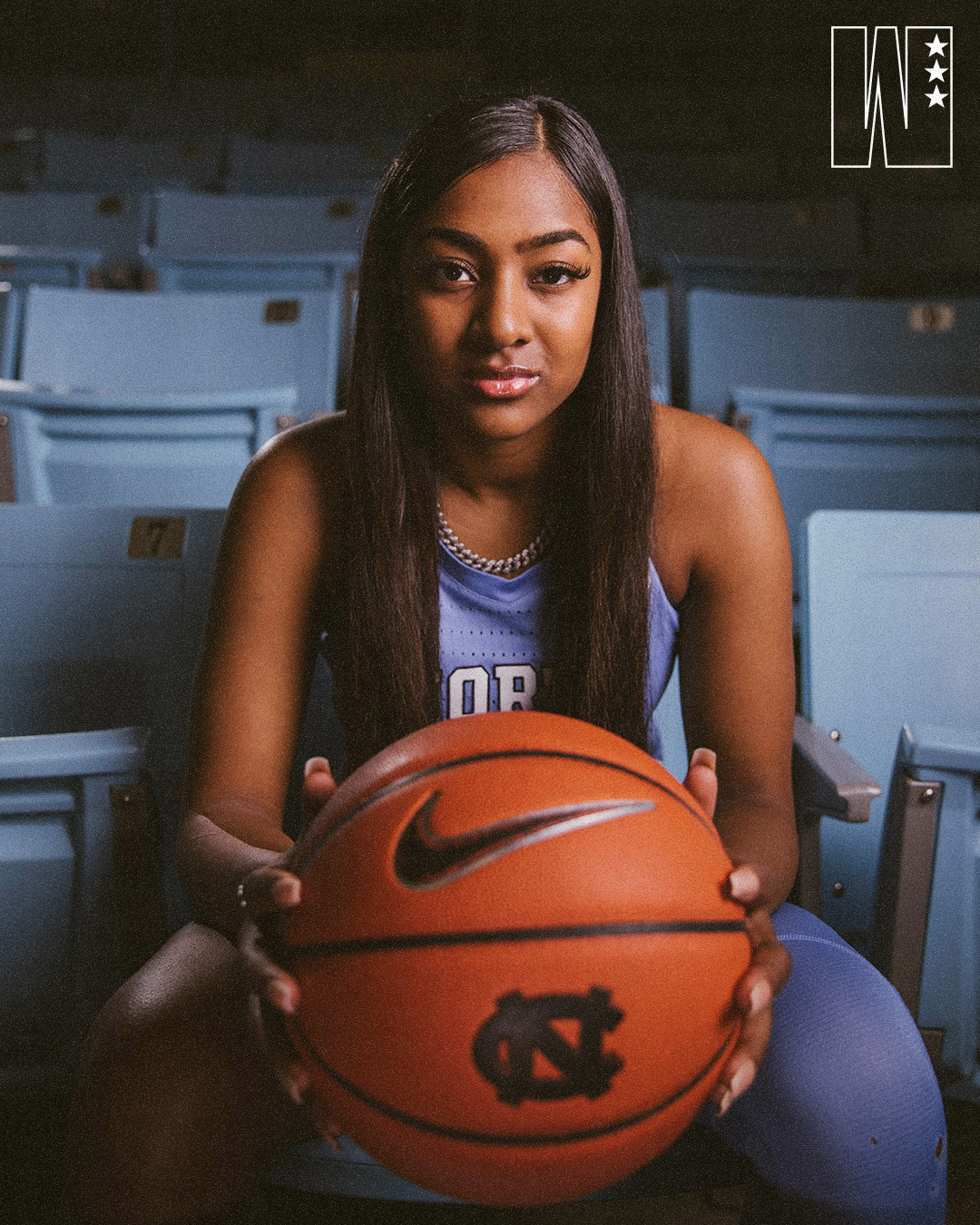 There’s much more than what meets the eye when it comes to rising junior standout Deja Kelly. There are so many layers to the San Antonio native’s story. Each layer exposes even more greatness lying beneath the surface. You find a genuine heart that enjoys spreading wisdom and building out her women’s empowerment initiative in her community. And then there’s the killer competitiveness and top-notch IQ on the court.

The men’s hoops program isn’t the only one enjoying a renaissance in Chapel Hill. The women’s squad is fresh off a Sweet 16 appearance for the first time in seven years and hungry for more. And yes, Deja Kelly is a major reason for it all.

“Deja Kelly, on the court, she’s a competitor. She loves to win, she wants to win and I think that she makes other people better around her,” Kelly says when asked to describe herself. “I think that she is very goal-oriented on and off the court, and she just has a lot of values and [lives] by them every day. She just wants to win in life, on and off the court. She wants to be great; she will do whatever it takes to get there.”

A lot of thought goes into Kelly’s style of play, which is part of what makes her unique on the court. She makes sure to make time to expand on the small details that may not be the most fun to focus on during office hours but pay off in the long run, like keeping her ballhandling tight and working on her footwork and shot mechanics. The small things ultimately make the biggest differences and they have made Kelly the player she is.

The former All-American acknowledges that although she may not always be the fastest or most athletic on the floor, her favorite part of the action is having the ability to hold off opposing teams with her versatility and high basketball IQ.

“It’s hard to guard me, the way I play. You know, people think that I should play against size—longer defenders, bigger defenders—but then I use that against them and I attack the hips,” she says. “Or if they try to put smaller defenders on me, I get them in foul trouble or just rise up over them into my pull-up.

It’s not cockiness. It’s just pure swagger. The type of swagger she’s had since her early days holding a basketball. College recruitment had been on Kelly’s mind ever since fifth grade, when she began seriously pursuing hoops and started elevating her game to prepare for the next levels. Plenty of sacrifices needed to be made, which she was ready to take on at a young age with the wise counsel of her mother, Theresa Dunn, who offered a blueprint that would later make most of her wildest aspirations come to life.

“I started elevating my training [in] like fourth, fifth grade, so about that time was when I kind of started having to make a lot of sacrifices, you know, as a younger kid, just because I knew the goals that I had for myself,” Kelly recalls. “I knew that I really had love for the game because I was willing to sacrifice fun stuff. I knew that I wanted to be great one day and that was gonna take a lot of sacrifices, so I told my mom like this, These are my goals—McDonald’s All American, Jordan Brand All American, get my first college offer by eighth grade, be top 20 in my class in the country. Like, those are all my goals at such a young age and she sat me down and was like, OK, if you want to achieve all of these, you’re gonna have to sacrifice a lot, You’re gonna have to work harder than anybody else.”

Although Kelly was granted the opportunity to be mentored by influential people around the world of basketball (such as John Lucas and Jason Terry, whom she played for during her junior year of club basketball), her mom has always been the biggest of them all.

She credits her mom for her work ethic, versatility, IQ and film study sessions, and for assisting in growing Kelly’s brand beyond the court.

“My relationship with my mom is different,” Kelly says. “I think a lot of kids have their parents as coaches, trainers and things like that, but sometimes that messes with their off-the-court relationship. Like, she’s literally like my best friend. She’s my ride or die, my biggest supporter, my biggest critic, she’s everything in one. And to have that in a mom is so special, and that’s something you can’t take for granted. There’s not enough thank yous in the world that I can give her, but it’s amazing how much she cares [and] how much she just wants me to be great. And she will do anything that she can to help me do so. She’ll do anything she can to help me reach my goals. She’ll go make 100 phone calls if she has to.”

With her mother’s wisdom and extra push, Kelly is poised to lead UNC to a Final Four appearance and beyond. Not so out-of-reach for someone who has already spoken almost every one of her accomplishments into existence.

She earned First-Team All-ACC after ranking fourth in the conference in scoring this past season, averaging a team-best 16.5 points, 3.6 rebounds and 2.6 assists, while also leading the ACC in free-throw percentage (85.8 percent). Showing that she’s able to tap into a new level when the lights are the brightest, Kelly averaged 22 points during her three NCAA Tournament games.

As she continues to elevate on the court and in front of the camera as a sports broadcaster for Sports Xtra, UNC’s weekly student-led sports show via its Hussman School of Journalism and Media, she hopes to build a legacy that cements her name among the many other greats who have stepped onto the hardwood at UNC.

“Where I want to see myself in this game is just someone who was an inspiration. I think even now, getting little messages from these little girls that are playing, telling me that they watch every single one of my games and they want my jersey and [that] I’m an inspiration to them, like, that is what I’m doing it for, because I’m building for the next generation,” Kelly says.

“I want them to just think of Deja Kelly as an inspiration and seeing [that] what I’m doing they can do, too. I want to make that known to everyone that’s watching me, that follows me, that likes watching me play. By the time I’m done playing, I think that’s truly special, just as a player, as a person, to know that you did your job, you left the next generation excited about what’s to come about their future because they see that you could do it and that you are going about it in a certain way that not a lot of people do.

“And the legacy I want to leave, I mean, it’s pretty much that people know me as Deja Kelly. I want to be tied with these banners. I want my number out there. I want people, when they hear Carolina Basketball, to tie me on with the Ivory Lattas, the Charlotte Smiths, Michael Jordans—I mean, like, that is Carolina Basketball. And I want people to know that I did everything I could.

“I think that I’m on the right path to do so. So, that’s exciting, but I got to win a national championship. We’re so close.”

The post From a Sweet 16 Run to NIL Deals, UNC’s Deja Kelly is Already a Star in the Making appeared first on SLAM.