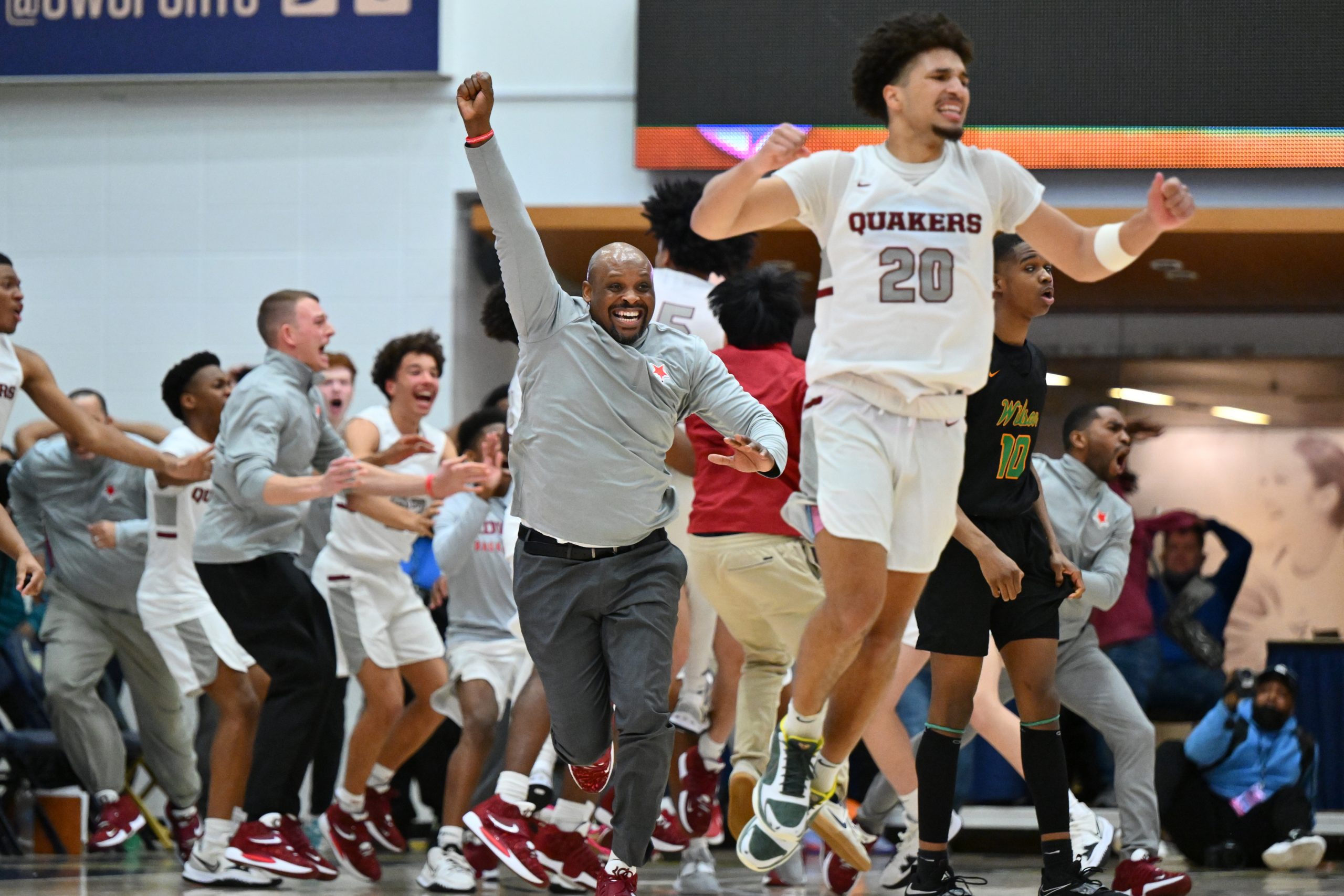 SLAM has partnered with the Black Coaches Association on a content series that will spotlight Black coaches from every level. To learn more about the past and present of the BCA, and to register as a member of the BCA, click here.

Nestled off a corner of the nation’s capital sits the famous Sidwell Friends School, a Quaker school that has had presidential children and grandchildren, prominent business and media figures, and even Nobel Prize winners walk through its halls.

The future of Sidwell Friends School doesn’t shine bright just because of its famous alumni network but also because its boy’s and girl’s basketball programs have gained traction in the hyper-competitive DMV high school hoops scene.

Led by boys coach Eric Singletary and girls coach Tamika Dudley, the Quakers have combined for numerous championship titles, with Dudley coaching her team to three titles, including the inaugural State Champions Invitational, while Singletary has led the boys’ side to five Mid-Atlantic Athletic Conference championships. Back in February, he led his squad to their first conference title since 2016.

Singletary is a Sidwell alum who played basketball at Rice University and played professionally in Germany, Portugal, and for the International Basketball League. Dudley’s basketball credentials include being the all-time leading scorer at Woodbridge High School and at Long Island University, where she had 1,745 career points and a program-best 380 assists. She then led LIU-Brooklyn to an NCAA tournament appearance against UConn.

Both programs thrive because Singletary and Dudley have built a culture around coaching the way they would’ve wanted to be coached as hoopers. That kind of coaching is why Singletary was able to help develop NBA talents like Josh Hart and Saddiq Bey. On the women’s side, SLAM All American Kiki Rice, the consensus No. 2 ranked senior in the country this past season, will be considered amongst the best female hoopers to come out of the DMV and, if all goes right, could be the first WNBA player to come out of Sidwell Friends.

“You have a standard of what you want to accomplish here,”  Singletary said. “Teaching someone how to play this game and help them navigate their teenage angst through sports, but you don’t think about all the other stuff that could come with it.”

For Singletary, the phrase means letting each player know he’s invested in their individual success, not just the team’s success. He also wants to give his players confidence instead of just building it up and working backward from that notion. In one instance, Singletary used to tell his star guard Jason Gibson, now at Towson University, that his first shot should be from 26 feet.

When Gibson looked at him and asked what he meant, Singletary told Gibson that shooting from that range is a reminder to opponents that they have to guard him out there for that particular game.

“High school is a very insecure time,” Singletary said. “I start with the knowledge that the kids are going to come in here to some degree, even subconsciously, trying to just be better than one another. I try to embrace that immediately by letting them know that I’m engaged with them as individuals. It’s not just about the team. I care about their individual success here and beyond, if they’re good enough to do it. I think I try to tap into all the small corners of insecurity that a player probably has.

“When I talk about coaching them about how I wish I was coached, it’s [about] being very present and letting them make mistakes. Certainly challenge them.”

For Dudley, the experience of playing collegiately at Long Island University inspired her to decide she wanted to give her players the same, if not a similar, experience while playing for her, whether that’s at Woodbridge in Virginia or now at Sidwell. She hopes that running her program like it’s a college team will inspire her players to want to play at the collegiate level.

Dudley’s idea of building something student-athletes would want to be a part of is how she’s been able to create the Lady Quakers basketball program into a burgeoning national powerhouse in just three seasons.

“The driving force, my motivation, was always to afford those kids the opportunity to have the experience that I had at the collegiate level,” Dudley says. “So they could understand and hopefully just give them an amazing experience, so that’s how I coach. I wanna give them what I had, the opportunities that I had.”

She became the first Black woman to win the Naismith Girls High School Coach of the Year award after going 30-0 last season; winning their first ISL title in 15 years, their first-ever DC state title and the aforementioned inaugural State Champions Invitational to cap off a perfect year. The team was led by Rice, a UCLA-signee—who also became the program’s first Gatorade State and National Player of the Year, Naismith Girls Player of the Year, a McDonald’s All American and to the Jordan Brand Classic—and Dudley’s daughter, Kendall, who averaged 8.8 points per game.

After a hugely successful 2021-22 campaign, Singletary and Dudley are now focused on running it back and recreating those same experiences with a new group of student-athletes. Any success that happens in the future will be based on the culture Dudley and Singeltary created during their time on campus. The main takeaway is that they coach just how they wanted to be coached and create an atmosphere their players want to be surrounded by.

The post How Eric Singletary and Tamika Dudley Are Building a Powerful Hoops Culture At Sidwell Friends appeared first on SLAM.