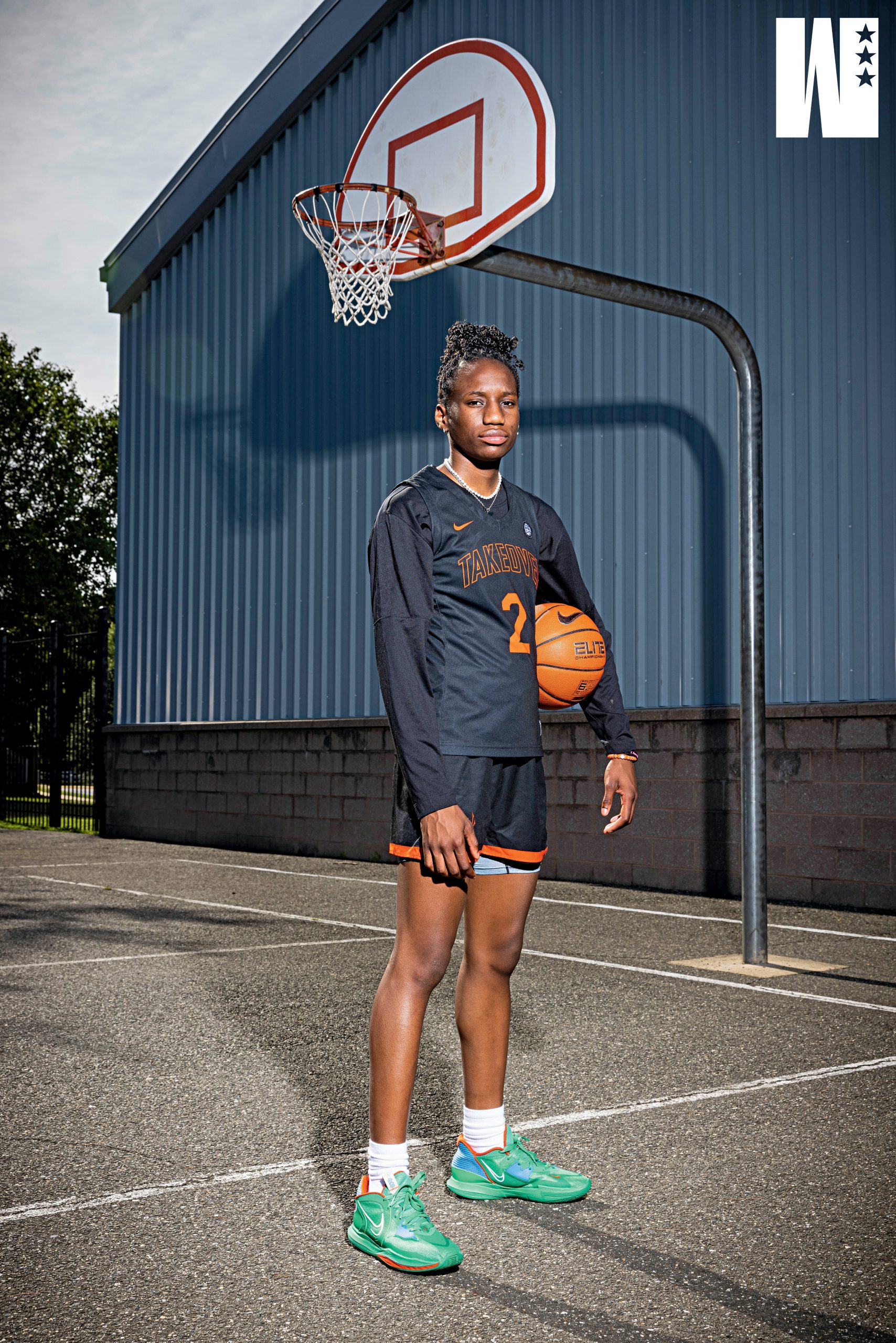 The DMV continues to turn out some of the best hoopers in the country, and next up is Jadyn Donovan. The 6-0 guard for the reigning national champion Sidwell Friends, and a member of the EYBL Team Takeover, has skyrocketed in the ranks and most recently was rated No. 3 overall in the country by ESPN HoopGurlz.

Originally from Upper Marlboro, MD, Donovan is an extremely athletic and shifty guard who is known for her ability to get to the basket at the blink of an eye. Her journey in basketball started a little bit later than most, at her local church. It wasn’t until one of her coaches pointed out that she knew Jadyn could be one of the best in this game.

“I like to drive to the basket a lot, you know, love getting to the rim,” Jadyn shares with WSLAM. “I love the pull-up, like the mid-range pull-up that’s my go-to.”

That ability to create her own shot is what helped Sidwell Friends to their undefeated 30-0 season this past spring, with Jadyn averaging 15.2 ppg, 8.4 rpg and 3.3 spg. That undefeated season also ended with a trip to the GEICO Nationals, where she led the team alongside the 2022 Gatorade National Player of the Year Kiki Rice.

“She’s one of the only people I’ve really ever met that can truly lead by example,” Donovan says. “She just leads and does it so well and so effortlessly. I’ve truly learned by just watching her be herself basically. That’s the type of player, that’s the type of person I want to be.”

Now she plans to apply all that she’s learned to an even larger world stage: Team USA. As a newly named member of the 2022 USA Basketball Women’s U17 National Team, she’ll head to Hungary this summer to compete for a gold medal alongside some of the best players in the country.

“The coach we have now, she also coached us last year, Coach Sue Phillips,” the guard says. “She’s definitely a tough coach, but she honestly has taught me so much.”

Being able to learn and grow her game is one thing Donovan looks forward to. Even though she’s already ranked as one of the top players in the country, she wants to keep expanding her game to help her play even better at the next level. Or to be more exact, next levels.

“I wrote down on some banner when I was in sixth grade, I was like, I’m gonna be a WNBA player. You know at first I was just, like, picking up basketball, it wasn’t that serious, but I was like, Oh, why not?”

The dream has always been there, but now it’s looking even more like it could become a real possibility. Before the WNBA, though, Donovan needs to pick a college.

“Just something that can help me grow and get everything I want out of the game of basketball—a great education as well as obtaining my goal to be drafted into the WNBA. Whatever school that is, I just want to be able to show who Jadyn is.”

The post Jadyn Donovan is Ready to Showcase Her Undeniable Talent at Every Level appeared first on SLAM.