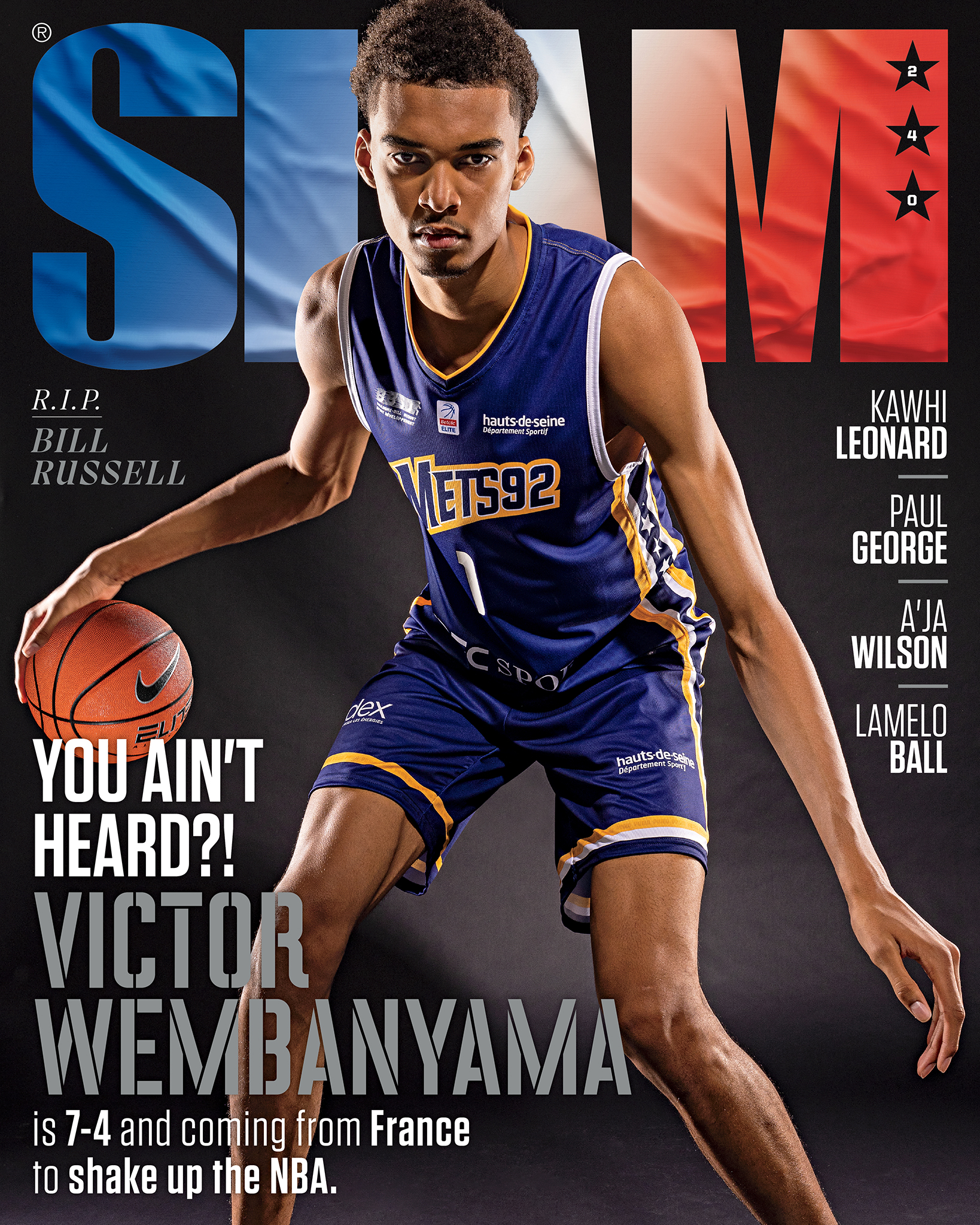 Very few people could understand Victor Wembanyama’s position as a highly-anticipated, potential No. 1 pick as LeBron James. Before becoming one of the greatest players of all time, James was a high school phenom and teenage superstar who went on to become the No. 1 pick in 2003 NBA Draft.

Now, nearly 20 years later, one of the greatest the game has ever seen is just as impressed by the future of the game in Wembanyama. While many have used the term “unicorn” to describe versatile and exceptional talents, James suggests Wembanyama is something entirely else.

“Everybody’s been a unicorn over the last few years, but he’s more like an alien. I’ve never seen, no one has ever seen, anyone as tall as he is but as fluid and as graceful as he is out on the floor,” James recently said when asked if he was able to Wembanyama play.

LeBron James is asked if he watched Victor Webanyama play last night, and if so, if he could share his thoughts.

Victor Wembanyama’s team, Metropolitan 92, traveled to play the G-League Ignite in an exhibition game in Las Vegas this week. On Tuesday, Wembanyama dueled it out against another highly-touted prospect, Scoot Henderson and put on an electric performance, dropping 37 points and blocking five shots.

It was Wembanyama’s first game on American soil and, for many, their first time witnessing Wembanyama’s diverse skill set and physical tools.

“His ability to put the ball on the floor, shoot stepback jumpers out of the post, stepback threes, catch and shoot threes, block shots… He’s for sure a generational talent,” James added. “Hopefully he continues to go on and stay healthy. That’s what is most important for him personally.”

Wembanyama already has his sights set on putting the world on notice, telling SLAM in his exclusive cover story that he wants to “become the kind of player you have never seen.”

Having already caught the attention of the King, it’s clear that the 7-4 French cheat code is already on his way.

For James, it was business as usual against the Phoenix Suns on Wednesday—he finished with 23 points, three boards and four dimes in 17 minutes of preseason action. After the game, James also took a moment during the presser to appreciate Wembanyama’s joy for the game, and to contrast his experience as a high school phenom with Wembanyama’s growing stardom.

“You can tell he loves the game,” James said. “He was smiling a lot while playing the game last night. It was the two best players in the draft, they both did their thing. He’s a big time player. And Scoot is a big time player as well.”

The standout from Le Chesnay, France will soon find himself joining the Association at the 2023 NBA Draft. To learn more about Wembanyama and his journey, get your copy of SLAM 240 here.