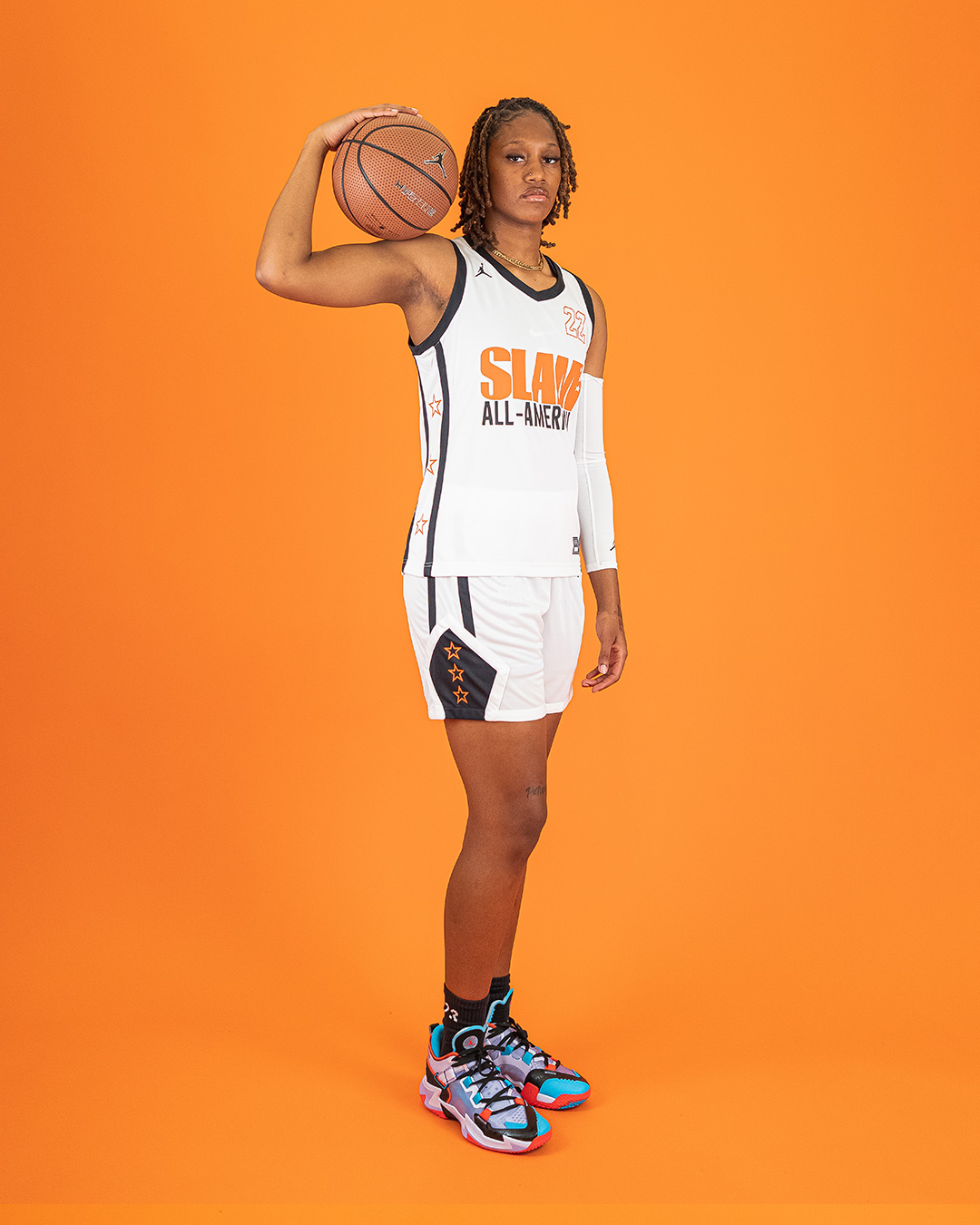 SLAM’s 2022 High School All Americans don’t got next, they got right now. On the girl’s side, this talented group of female ballers are already winning championship titles, snagging FIBA gold metals and making their impact known on, and off the court, from the booth to the classroom.

Meet this elite group of high school standouts who are continuing the elevate the women’s game.

A unique talent. Just because Janiah Barker’s one of the biggest people on the court, don’t expect her to stay in the post. The dynamic two-time FIBA gold medalist can do it all between the lines. Her elite game was on full display when she led Montverde Academy to the GEICO Nationals championship this past April. Barker is heading down to Texas A&M to join Joni Taylor’s first year in the Lone Star State.

Towering over the competition, Lauren Betts, the near-consensus No. 1 overall prospect of her class, has a list of accomplishments that far outgrew her frame. Two-time FIBA gold medalist, state champion, two-time Gatorade Colorado Player of the Year—the list goes on. She’ll join a loaded Stanford roster in the fall, teaming up with fellow Colorado hoopers Francesca Belibi and Ashten Prechtel.

Never doubt New York basketball. Bronx-born Paris Clark has been balling for the Lady Crusaders at Long Island Lutheran, earning herself national recognition. McDonald’s All American, an invite to the Jordan Brand Classic, New York’s Gatorade Player of the Year—you name it, Clark’s done it. But don’t let her reserved personality fool you, she’s one hell of a player. Clark’s taking that New York swag to Arizona, joined by fellow SLAM All-American Maya Nnaji.

Poetry in both arenas. Not only is Flau’jae Johnson a rapper who’s accumulated over 3.7 million views on YouTube and signed a distribution deal with Jay-Z’s Roc Nation, she’s also a poetic hooper. Earning MVP at the Jordan Brand Classic, she proved to those who know her for her music that she’s more than just a rapper. Johnson is now headed to LSU to join Kim Mulkey’s ascending squad.

A dual-threat on and off the court, Maya Nnaji is an aspiring doctor currently enrolled in Arizona’s Accelerated Pathway to Medical Education and a trustee in the Nnaji Family Foundation, which builds basketball courts and educational hubs across Nigeria. However, don’t let Nnaji’s off-the-court kindness fool you—she’ll cross you over eight different ways and leave you in the wind. A three-time state champion in high school, Nnaji will be headed to Arizona to continue adding to her otherworldly résumé.

A natural-born phenom. Kiki Rice has brought winning wherever she goes. She’s a two-time state champion in soccer, a two-time FIBA gold medalist and has racked up countless individual awards in basketball, including both the Gatorade and Naismith National Player of the Year awards. Looking to compete for a national championship all four years of college, she chose to attend UCLA this fall. Can the California-born bucket do just that? It wouldn’t be wise to bet against her.