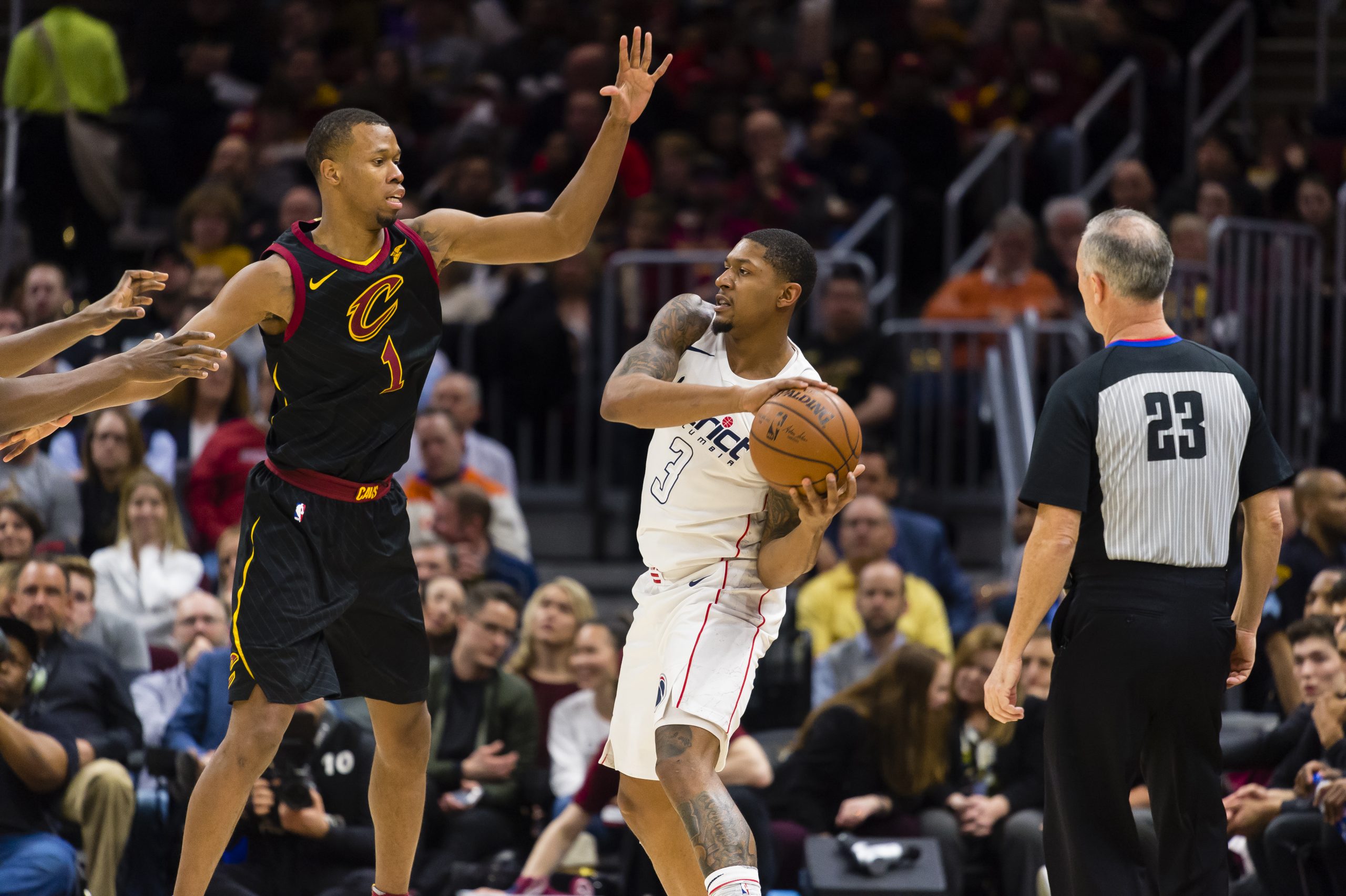 Rodney Hood vividly remembers what his NBPA Top 100 Camp experience was like as a player. He remembers catching the attention of college coaches not long after, not just because he showed out with his scoring, but because he was doing the little things as a player: running the court and bringing that same energy on defense. Soon, he shot up the rankings his senior year and was listed No. 31 on ESPN’s Top 100 board in 2011.

It’s that effort, beyond just scoring, that Hood is trying to emphasize to his own players as a coach at this year’s NBPA Top 100 Camp. “Everybody can’t score 30 points every single game, you know, it’s just not like that,” Hood explains over the phone. “So you have to find little ways to get noticed in camps like this. And I related to them. And then, you know, you see them go out on the court and they’re trying, these kids are hungry. They want to get better.”

The 2022 NBPA Top 100 Camp features some of the best high school players in the country, with standouts including Vyctorius Miller, Kwame Evans and LeBron James Jr. This exclusive, invite-only event is focused entirely on player development, rather than self-promotion or self-branding, and for Hood, he noticed his players getting better throughout the week.

After his standout performance at the NBPA Top 100 Camp back in the day, Hood went on to attend Mississippi State. He then made his name at Duke, where he earned All-ACC honors and averaged 16.1 points before embarking on a career in the NBA.

SLAM recently caught up with Hood, who was still coaching at the camp when we spoke with him on the phone, to learn more about his experience there, what he was trying to teach this year’s group, and what he’s learning about himself when it comes to a potential future career in coaching.

SLAM: What’s been the best part about returning to the NBPA Top 100 Camp this year?

RH: The biggest thing is just being around the kids. They’re just hungry for information, they want to know how to get to the NBA level and what to expect. And teach what I know, it’s just about paying it back [and] trying to be somewhat of a mentor to them for this week. And that’s the best part about it. I think the challenge with the camp is just trying to get guys who are so talented to play together. My group has been special to coach, they’re a lot of fun. Hopefully one of these days I get a chance to play against them one day.

SLAM: You mentioned getting them to play a certain way. As a first-time coach at this level, what were you emphasizing to your group?

RH: Just for them to play hard. I mean, at all levels, regardless of how good you want to be, whether it’s college or NBA, you gotta play hard. The best players in the world play hard, and then just play together. Everybody is from where they at, they get all the shots and they’re the best player. But when you’re playing with better players, which they will, in college and in the NBA, you have to learn how to play without the ball and just make the right play. They’re getting better as the game goes along. So that’s all you can ask for.

SLAM: What was your favorite moment from the Top 100 Camp when you played?

RH: I can’t remember any funny moments ’cause I’m kind of old, but I just remember the camaraderie, guys that I see in the NBA [now] that I played with, whether it was Anthony Davis being there, Michael Kidd-Gilchrist, and Bradley Beal—all those guys was in the same class. And we talked about it. When we see each other every now and then, we talk about Top 100 Camp [or] when we played AAU ball. It’s the best time. They’ll remember this for long years to come.

SLAM: You played at Duke and you improved quite a bit when you transferred from Mississippi State to play for Coach K. As a coach, what have you learned from this experience so far and have you talked to any other coaches for advice?

RH: I’ve reached out to a few coaches; Quin Snyder, Johnnie Bryant—those guys really helped me out throughout my career. I told them ‘thank you’ because I didn’t know how much they put up with as coaches. It’s been fun, though, you know, just learning. It’s a great learning experience for me, seeing if I’m a coach in the future. I think I’ve learned a lot from this camp.

SLAM: You’ve mentioned doing the little things, like taking charges and diving for loose balls. What have you been working on with your group and what have they excelled at?

RH: All of it. I think we grew, especially on the rebounding end. Everybody would leak out to get buckets, which I understand, but, just them helping people, when your teammate falls, help them up. Get back on defense, talk on defense, run the court. Somebody gives you a good pass, tell them ‘good pass.’ Those things go a long way. College looks for that. So they’ll just continue to get better at that. It’s been good.

SLAM: Being a good teammate sometimes gets overlooked by a lot of young players at the high school level. How have you tried to show them this week that it’s just as important as their skill set?

RH: It’s very important, that’s what winning teams do. On every level, when you come out of high school, college, and definitely in the pros, the teams are the most together. They help each other up. They make the right pass and encourage each other. Those are the teams that have the most success, those are the things that you have to do. These are not things that you do [only] when you want to. You have to do these things in order to be successful as a team and as a player. I think they’re getting the hang of it. It’s new to them [and] how young they are, just because of their talent, but they’re picking up on it.

The post Rodney Hood on Coaching the Next Generation of Elite Hoopers at the NBPA Top 100 Camp appeared first on SLAM.