SLAM Presents T-MAC is OUT NOW! 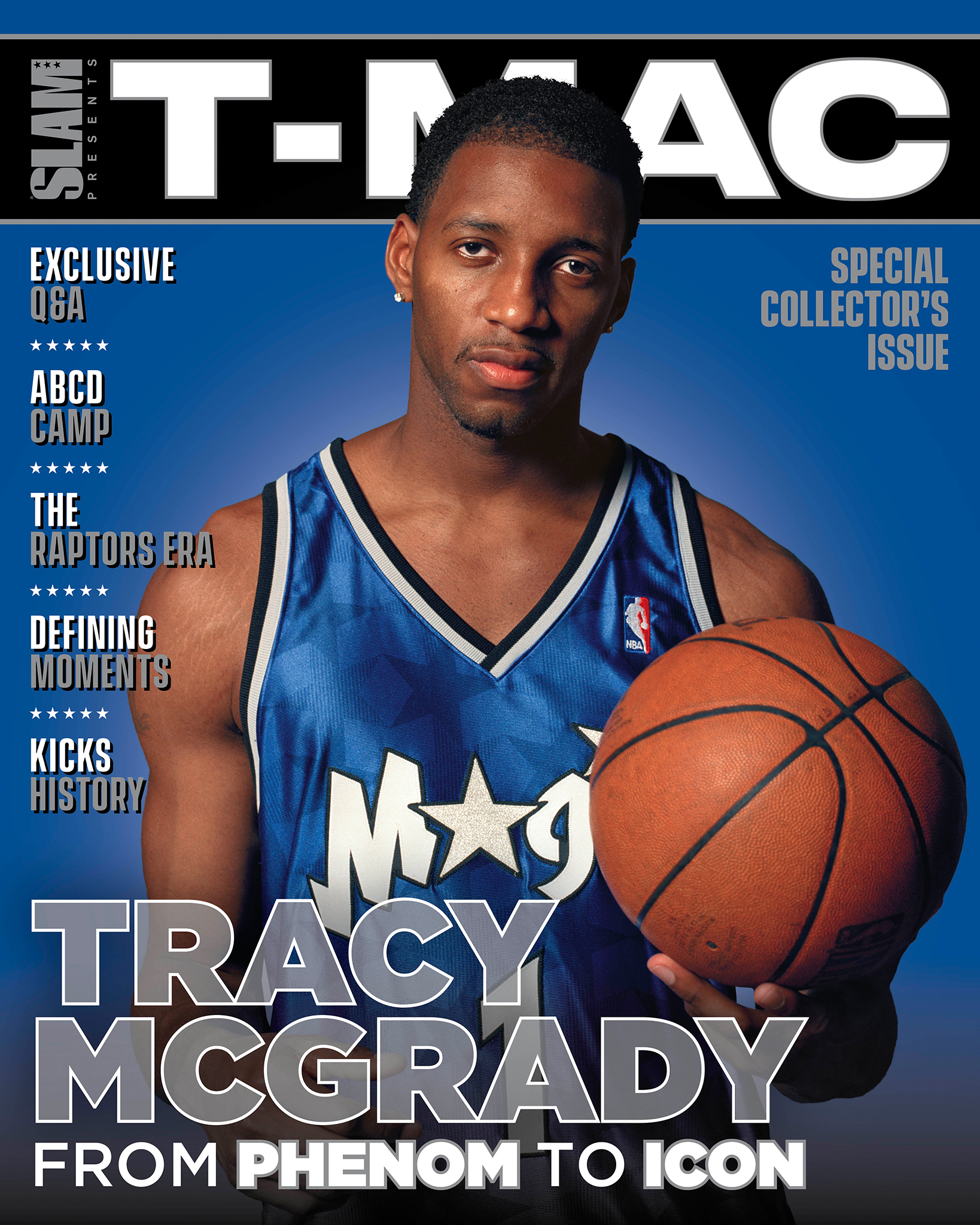 We made this special edition issue to celebrate the 25th anniversary of adidas and Tracy McGrady running with each other, through highs and through lows (and low black socks).

It’s a flip book that’s dedicated entirely to Mac and to his nearly unmatched creativity and imagination on the court. It covers the entirety of his signature sneaker line, features a brand new, exclusive interview and gives a look at what the future holds. But you’re just gonna have to get a copy to find out about that.

SLAM Presents T-MAC is out now.

Back-to-back scoring titles. Seven All-Star nods. A whole slate of classic signature sneakers with adidas. Tracy McGrady’s impact on the game has been 25 years in the making, and his current endeavors will ensure that it’s felt for 25 more.

We caught up with the legend to learn more about how his basketball imagination became his reality.

The post SLAM Presents T-MAC is OUT NOW! appeared first on SLAM.