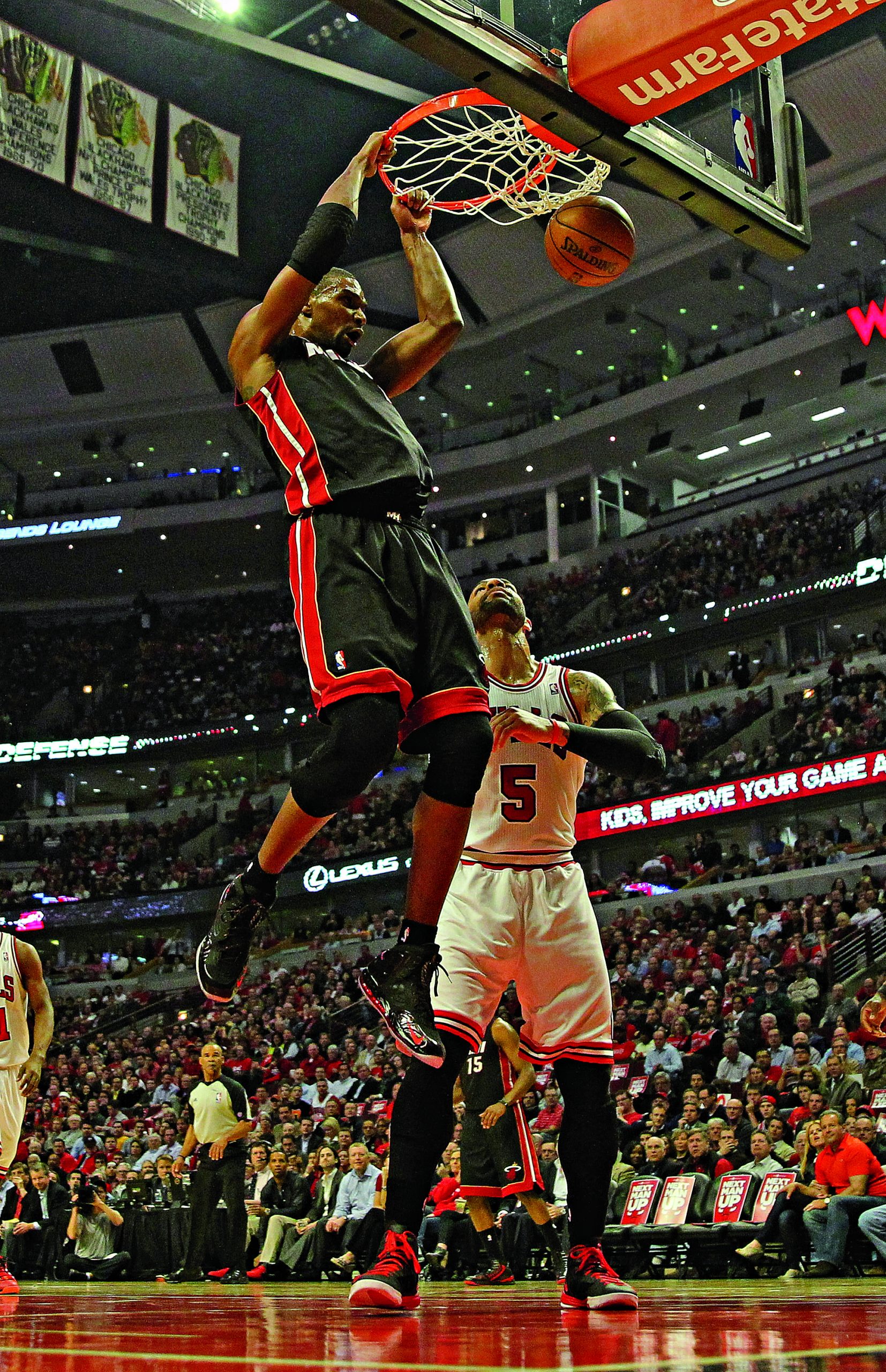 We’ve dedicated an entire special issue,SLAM’s TOP 75 NBA Teams of All Time, to ranking the best 75 individual season teams ever. This week, we’re unveiling which squads made it on our top 10. To find out who else made it on the list, read here.

After LeBron James made his famous announcement that he had decided to play for Miami, he sat on a stage with Chris Bosh and Dwyane Wade and talked about how many championships the trio would win with the Heat. “Not two. Not three…” And so on.

Well, after two years in South Beach, James had one title, not two. Nobody was restless, but there was clearly an expectation that after winning it all in 2012, Miami was about to start rolling.

The Big Three was on hand to try for a repeat, but the Heat had also added sharpshooter Ray Allen, who, though 37, provided some needed long-range production and finished the season making 41.9 percent of his three-point attempts. The formula worked. Miami rampaged to 66 wins, 12 better than any other Eastern Conference team.

James once again was the biggest star, leading the team in points, rebounds and assists. But Wade and Bosh were big every night, too. And while Allen was past the days when he could dominate with his long-range shooting, he was an undeniable weapon, as was do-everything forward Shane Battier, who actually shot a higher percentage from behind the arc than Allen did.

The regular season presented few hurdles for the Heat, and neither did the first two rounds of the playoffs. Miami swept Milwaukee in the first round and dusted away Chicago in five after that. But things got interesting in the Eastern Finals, when Indiana—led by Paul George and Roy Hibbert—extended the Heat to seven games in a series so heavy on defense that only one time did a team hit triple figures. In the finale, James scored 32, and Miami routed the Pacers, 99-76, to earn a Finals meeting with San Antonio.

The Eastern Finals series was great, but the Heat-Spurs showdown was even more dramatic. After five games, the Spurs held a 3-2 series lead, and it looked as if Pop’s bunch would close things out in the sixth contest. With 28.2 seconds left, the Spurs led, 94-89, but an Allen three-pointer with 5.2 left forced overtime, and the Heat ultimately prevailed. Game 7 was similarly dramatic. With San Antonio trailing by 2, Duncan missed a pair of shots close to the hoop, and the Heat held on to take the title. Though Miami wouldn’t win seven, as James had insinuated, the Heat had put up back-to-back banners, and that was still pretty darn good.