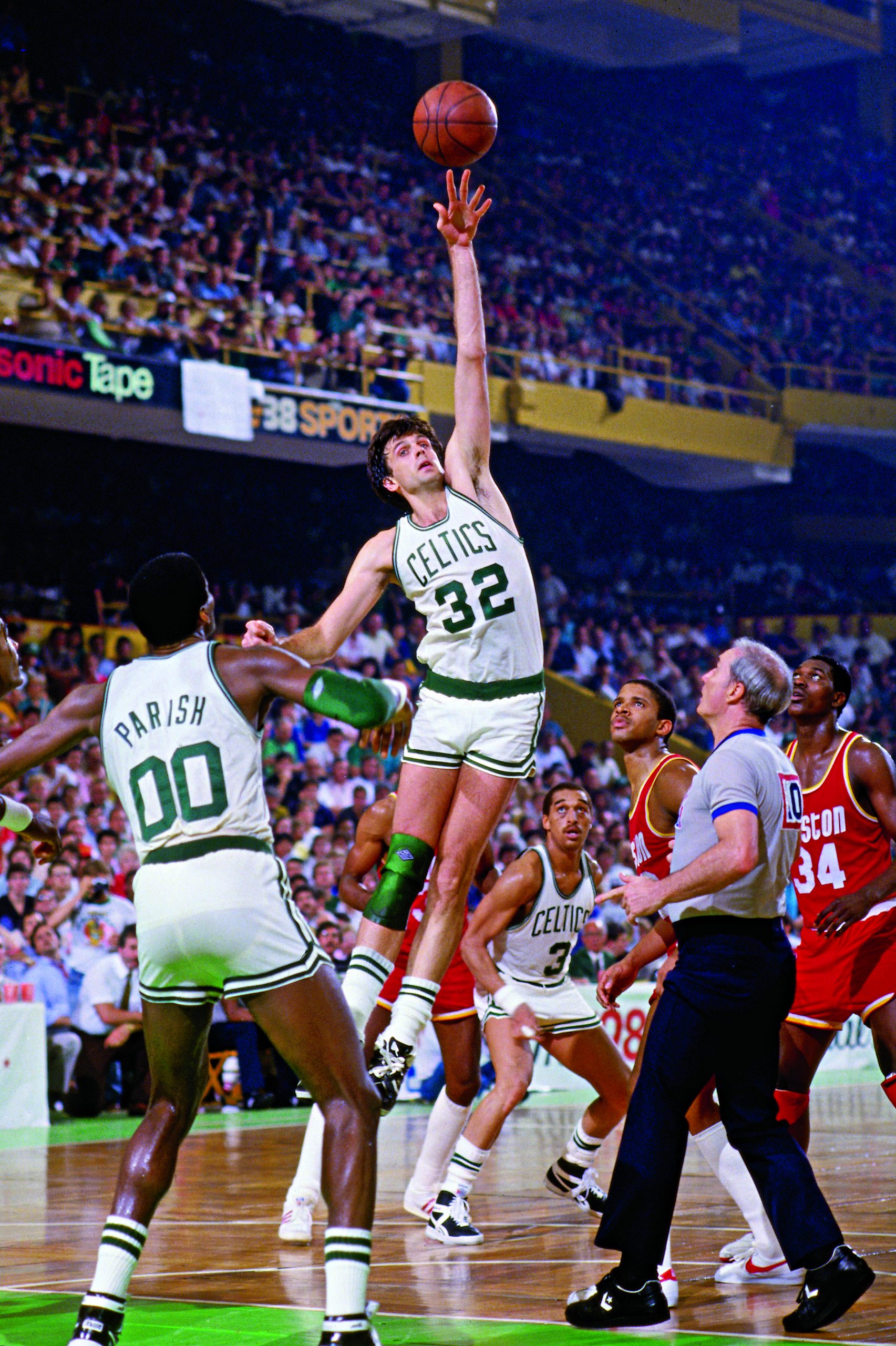 We’ve ranked the best 75 individual season teams ever, which is featured in our SLAM’s TOP 75 NBA Teams of All Time special issue. This week, we’re unveiling which squads made it on our top 10. To find out who else made it on the list, read here.

From the 1983-84 season all the way through ’87-88, Larry Bird averaged 27.3 points, 9.8 rebounds and 6.8 assists per game. Three of those seasons ended with Bird winning League MVP honors. Two of them ended with championships. For a few years in the middle of arguably the NBA’s greatest decade, Bird was the best player alive.

Whether the ’85-86 Celtics are the greatest of the franchise’s 17 NBA title teams is up for debate; there are, after all, a lot of great ones to choose from. Let’s just agree that this squad is on the short list. It starts, of course, with Bird, the 6-9 assassin who did everything there was to do on a basketball court very, very well. In his third and final League MVP season, Bird averaged 25.8 points, 9.8 boards, 6.8 assists and 2 steals per.

Equally as consistent and nearly as productive was Kevin McHale, the low-post menace who accounted for 21.3 points and 8.1 rebounds per game. Alongside veteran center Robert Parish (16.1 ppg and 9.5 rpg) and reserve big man Bill Walton, the future Hall of Famer getting his last chance at glory after an injury-riddled career, they formed the most imposing frontcourt in the League.

Though less acclaimed, the backcourt of Dennis Johnson and Danny Ainge could kill you with scoring, defense and—especially in Ainge’s case—sheer distraction. These two knew their roles and played them to perfection. The group was coached by KC Jones, an eight-time champ during his own Celtic playing days who caught an unfair rep as a roll-the-balls out spectator on the bench, but who knew exactly how to motivate his tough and talented squad.

Make that tough, talented and motivated as hell going into the ’85-86 season. The previous summer, they’d lost 4-2 to L.A. in the Finals, Boston’s first ever Finals loss to the franchise they’d dominated throughout their history. They weren’t about to let the Showtime squad do it back-to-back.

The Celtics set the tone early that season. After an OT loss to the Nets on opening night, Boston roared to a 17-2 start. They put together a 13-game win streak in mid-winter, and topped that with a 14-game unbeaten run in March and April. Their League-best 67-15 record included a pair of head-to-head victories over the team everyone assumed they’d once again meet in the Finals: a 15-point home blowout in January, and a 6-point win at the Fabulous Forum a month later.

They hit the playoffs in stride and never let up: a 3-0 sweep of the Bulls, a 4-1 series win over the Hawks and a clean sweep of a 57-win Milwaukee squad in the Eastern Conference Finals. And then it was time for the Finals matchup they’d waited all year for. And waiting for them was… Houston?

Indeed, Houston. The Rockets rode the Twin Towers pairing of Hakeem Olajuwon and Ralph Sampson to a 4-1 WCF upset of L.A., earning a well-deserved spot in the Finals but spoiling the widely expected L.A.-Boston rematch. Houston might have ruined the narrative, but if the Celtics were disappointed, it certainly didn’t show in their play.

The Rockets showed up, and led by 23-year-old future Hall of Famer Hakeem Olajuwon (24.7 ppg, 11.8 rpg and 3.2 bpg for the series), they kept things competitive. But this series was only ever going to end one way. Boston took a 2-0 lead at home with a pair of comfortable wins at the Garden, then stole the middle of three games in Houston to ensure they returned home in control. In Game 6, they smothered the Rockets from the jump, rolling to a 55-38 halftime lead
and never let up, posting a 114-97 victory to clinch the title. McHale scored 25.8 points per game, but it was Bird, with a staggering stat line of 24 points, 9.7 rebounds, 9.5 assists and 2.7 steals per game, who rightfully claimed his second Finals MVP trophy.

The post SLAM’s TOP 75 NBA Teams of All Time: No. 4 appeared first on SLAM.