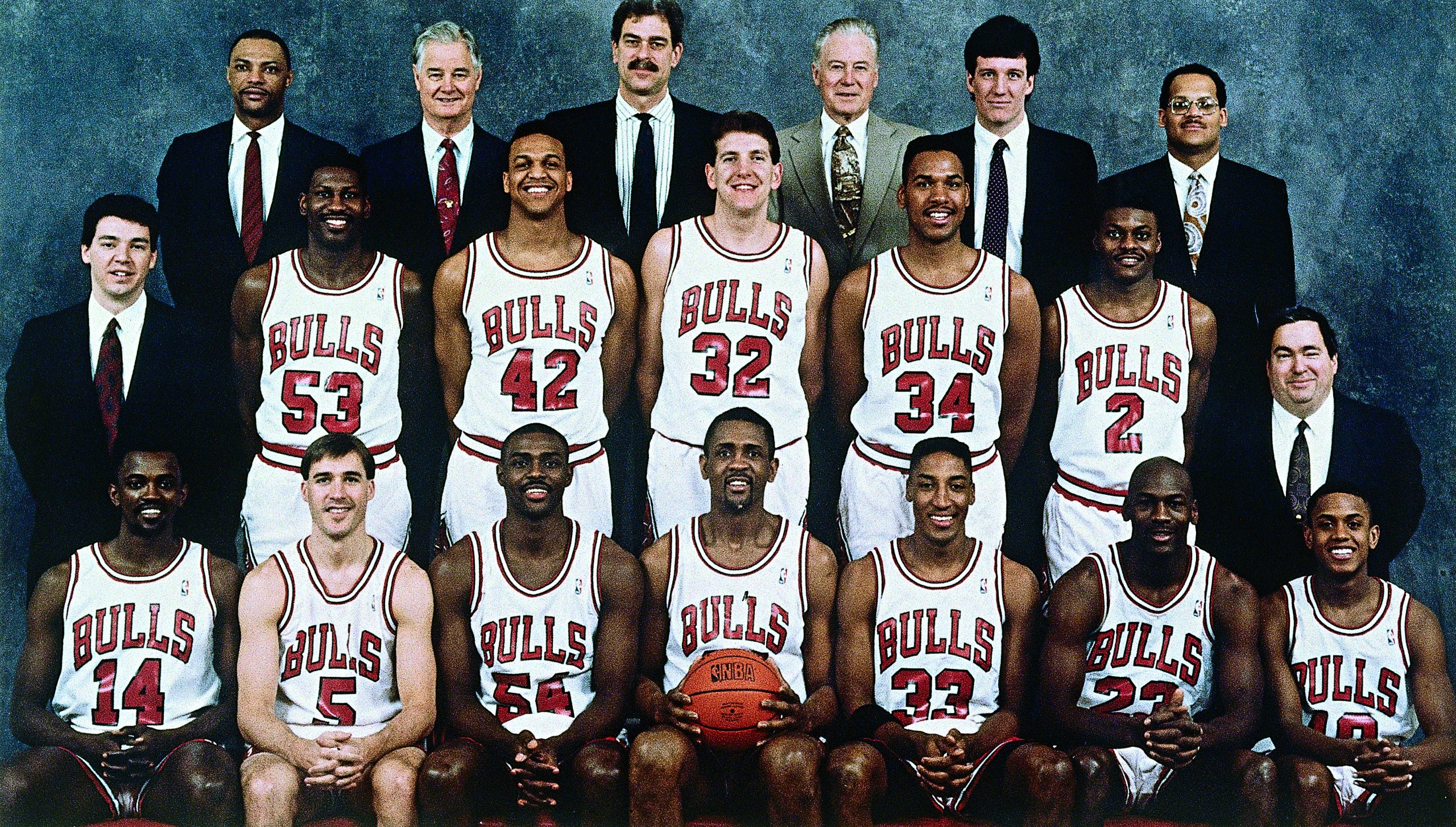 We’ve ranked the best 75 individual season teams ever, which is featured in our SLAM’s TOP 75 NBA Teams of All Time special issue. This week, we’re unveiling which squads made it on our top 10. To find out who else made it on the list, read here.

Even if you’re old enough to remember this team, it’s nearly impossible to remember the baggage that Michael Jordan carried into the 1990s. Emerging from the NBA’s greatest decade, the era in which Doc, Magic and Bird took the League from afterthought to marquee act, Jordan was clearly the guy poised to take the League to the next level. He already owned an MVP award and a handful of the most eye-popping stat lines since Oscar Robertson had averaged a triple-double. Jordan was the present and the future. He was a phenomenon.

The problem was that, by the standards of his immediate predecessors, he just wasn’t a winner.

The ’90-91 season would be Jordan’s seventh in the League; by the time Bird and Magic tipped off their seventh seasons, both had a pair of championship rings. And of course, Jordan’s hated
rival in Detroit, Isiah Thomas, had just led the Pistons to their second straight title, dispatching MJ and the Bulls along the way. It’s not that Jordan appeared to lack any of the qualities necessary to lead a team to a title; it’s simply that he hadn’t yet managed to do it. The narrative is the narrative. You’re not a winner until you win.

As so often happens, Jordan and the Bulls taking that last step to glory was less a question of dramatic change than it was evolution. Fourth-year forward Scottie Pippen was already one of the League’s best two-way players—he was an All-Star the season before—and he nudged his averages upward across the board (17.8 ppg, 7.3 rpg, 6.2 apg, 2.4 spg) despite playing slightly fewer minutes. Jordan himself posted his lowest ppg (still an NBA-best 31.5) in five years. As much as anything, the Bulls’ two most important players were more efficient, more dialed in, focused on a singular goal.

It wasn’t only Mike and Scottie, of course: Horace Grant averaged 12.8 ppg and 8.4 rpg, Bill Cartwright was a sturdy veteran post presence, and guards BJ Armstrong and John Paxson knew their roles. Together, they cruised to and then through the playoffs, rolling the Knicks, the Sixers and—most satisfyingly—the Pistons en route to a Finals date with the Lakers. When James Worthy and Byron Scott went down with injuries, any chance of a competitive series was lost, but it likely wouldn’t have changed the outcome. Showtime was done, and so was that silly narrative about Michael Jordan.

The post SLAM’s TOP 75 NBA Teams of All Time: No. 7 appeared first on SLAM.