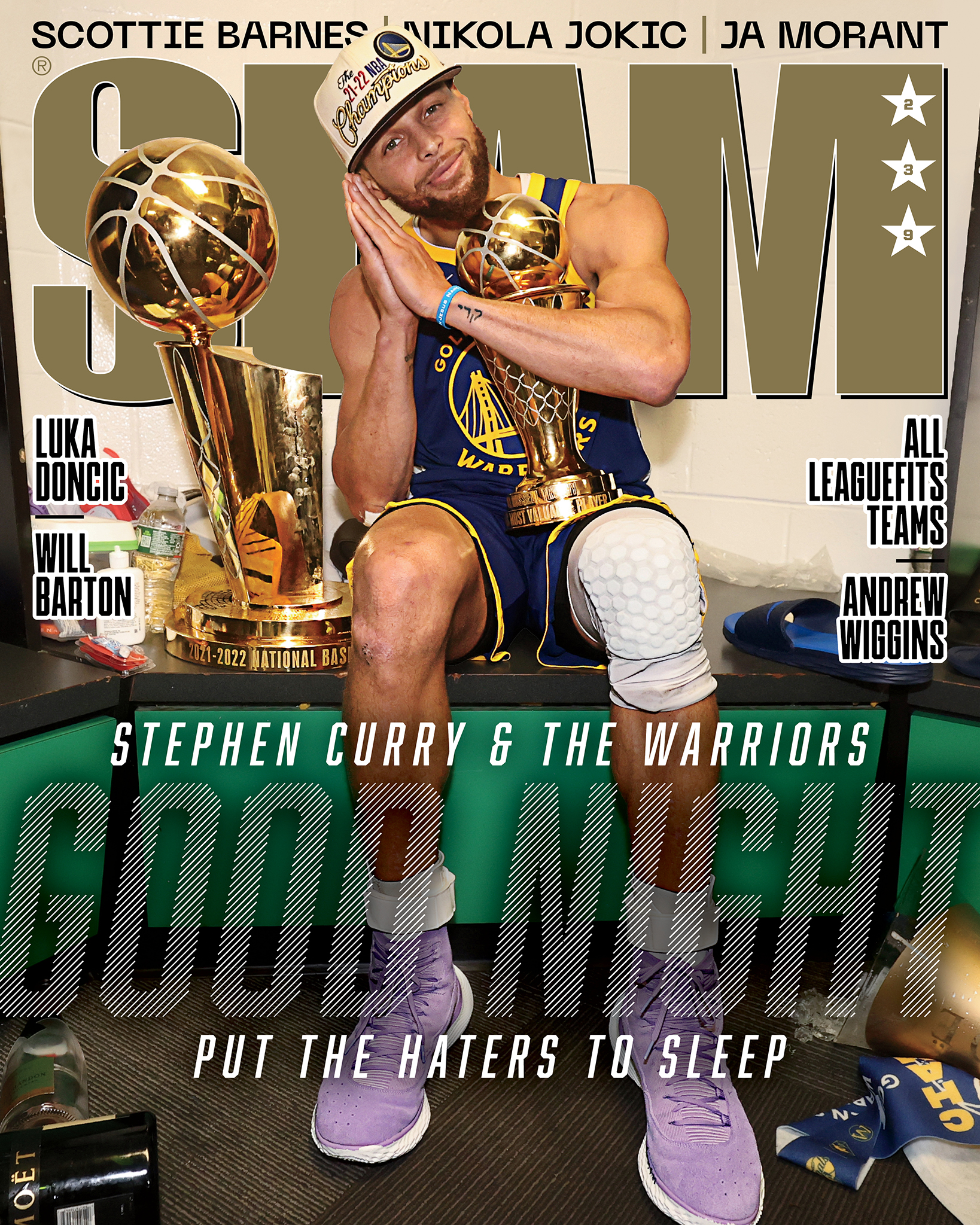 Champagne sprayed from every direction. Players jumped around, danced, hugged, screamed, drank, puffed cigars. The Golden State Warriors were champions. Again. And back in the visiting locker room at TD Garden, it was time to celebrate.

Really, what are they gonna say now?

Curry repeated the question many times over the next few hours. The answer, one would hope, is nothing. There is nothing that Stephen Curry doubters and haters and skeptics can say now. His legacy is solidified. Period.

If we’re being honest, it was solidified long before he led the 2021-22 Warriors back to the mountaintop, just two seasons after they finished with the worst record in the NBA. Long before his legendary Game 4 Finals performance, when he put up 43 points and 10 rebounds on the road. Long before he averaged 31.2 points, 6 rebounds, 5 assists and 2 steals for the entire series, facing a historically good Celtics’ defense. Long before he claimed ring number four and his first Bill Russell Finals MVP trophy.

But this was the icing on the cake, the cherry on the sundae, the exclamation point. As Curry himself said, given everything that the organization has endured over the past couple years—the losing, the injuries, the roster changes, the constant criticism—this championship “hits different.”

Here’s the résumé now, just so we’re all on the same page: 8x All-Star, 8x All-NBA, 2x MVP, 2x scoring champ, 4x champion, a Finals MVP and all-time leader in three-pointers made. Because of his unique game and nearly unprecedented impact, trying to sum up Curry’s legacy is extremely difficult. Coaches and teammates did their best following Golden State’s title-clinching Game 6 victory.

Draymond Green: “When you look at a guy like Stephen Curry—to have the season that he’s had, to have the career that he’s had, it’s absolutely amazing. And to stamp that with a Finals MVP, I know he said it doesn’t matter, and it doesn’t matter in the sense of, like, Oh, his legacy is not quite this unless he gets that. That’s garbage. He’s still Steph Curry. He’s still an all-time great. But to add that to your résumé as a competitor, you want that. And for him, it’s well deserved. It’s been a long time in the making. He left no doubt. And he carried us.”

Klay Thompson: “I’m so happy for him to get that Finals MVP. Some freakin’ bozos were saying he needed it. I think he’s pretty much established what he can do. But to see him earn that, I mean, he’s one of the greatest ever.”

Andre Iguodala: “I think he solidified himself today—not even today, just in his career—as the best point guard of all time.”

Steve Kerr: “I’m obviously thrilled for everyone in that room, and a lot of people had a big hand in this, but I think the thing with Steph is, without him, none of this happens. And that’s not taking anything away from Joe and Peter’s ownership, because they’re amazing owners. They’ve built an incredible organization. Bob Myers, hell of a GM. And our players, we’ve had so many great players. But Steph is ultimately why this run has happened. Much like Timmy [Duncan] in San Antonio. I’m happy for everybody, but I’m thrilled for Steph. To me, this is his crowning achievement in what’s already been an incredible career.”

Those quotes tell much of the story. So does the résumé. So does the way that the game has changed. So does the fact that the Warriors, under Curry’s reign, have become a true NBA dynasty, hanging four banners and going to six Finals in eight years.

Stephen Curry is one of the greatest basketball players of all time.

Really, there is nothing more to say.

239 is also available in these exclusive gold and black metal editions. Shop here.

The post Stephen Curry’s Legacy as One of the Greatest of All-Time Has Been Solidified appeared first on SLAM.