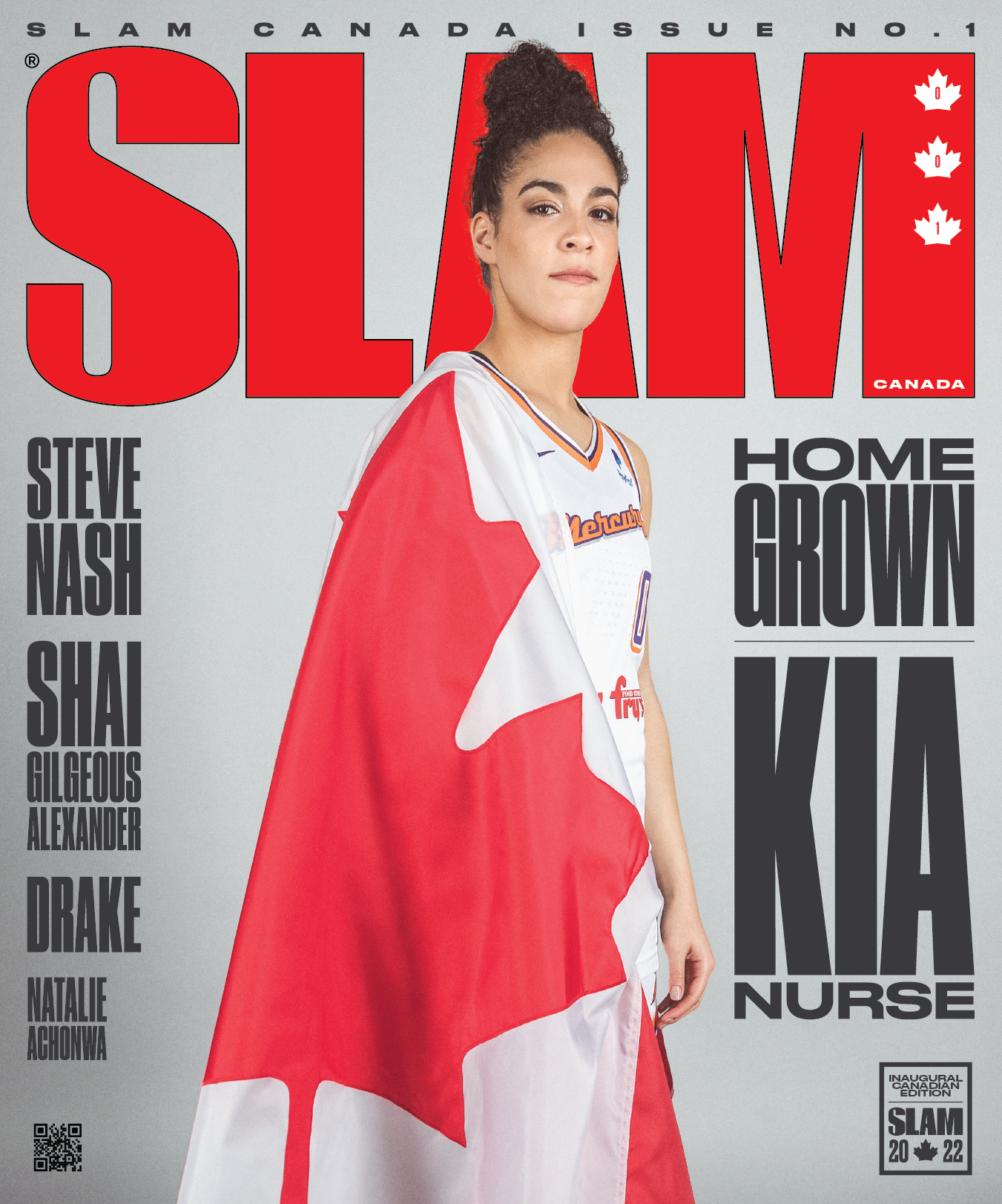 Canada, this issue is yours!

Canadian basketball legends of the past, present and future grace the cover the first-ever edition of SLAM Canada: Steve Nash, Kia Nurse and Shai Gilgeous-Alexander.

Featuring augmented reality-enabled covers, SLAM Canada 1 has stories on Drake, Natalie Achonwa, Super Fan, Vince Carter and more. The inaugural edition is penned by a diverse roster of journalists who reflect the strength and passion of Canada’s basketball community.

Steve Nash is one of the cover stars of SLAM Canada 1. Shop now.

Shai Gilgeous-Alexander is next up. Get your copy of SLAM Canada 1.