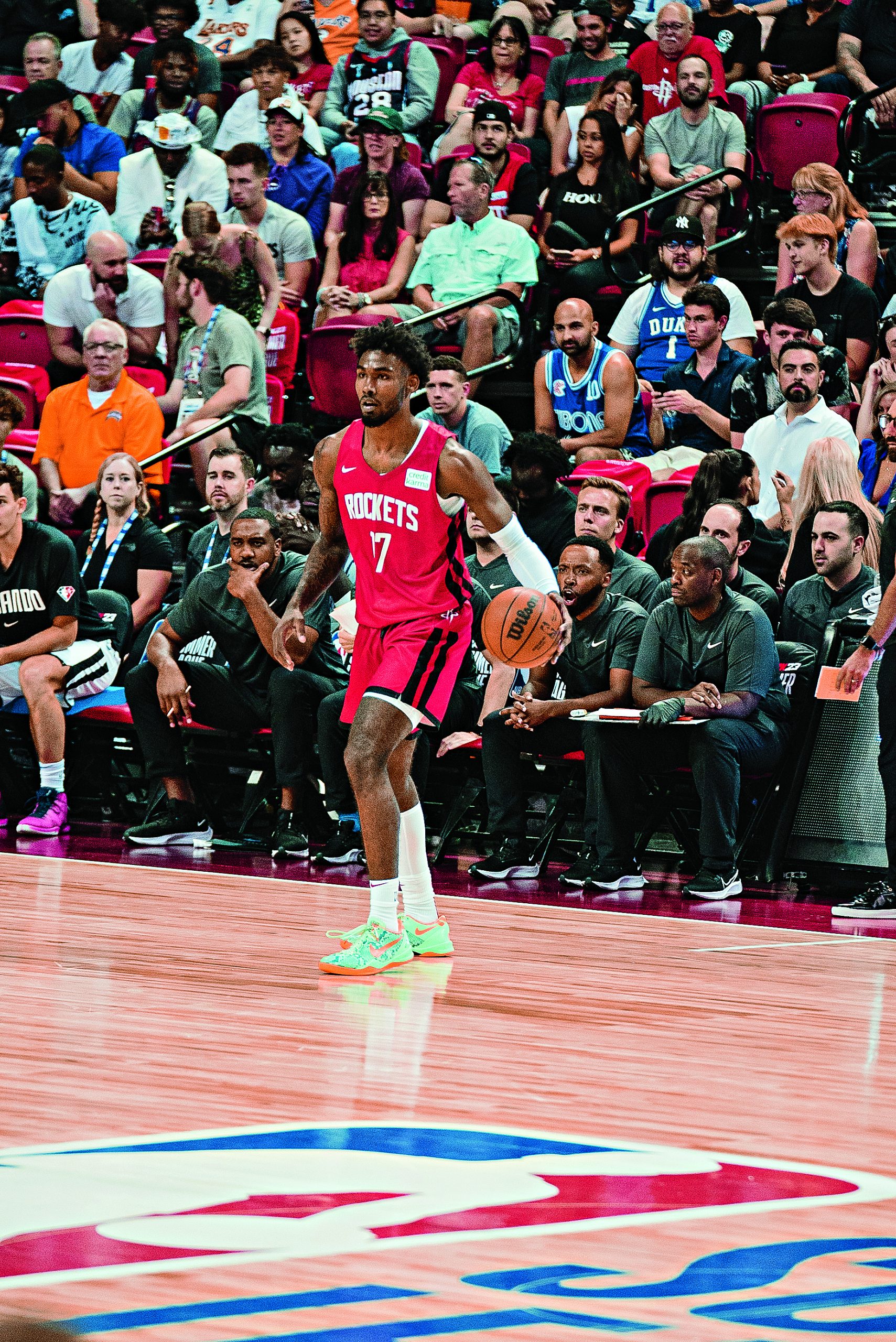 Tari Eason experienced a meteoric rise up the draft boards over the past two years, so it’s only right he’s starting his NBA career with the Rockets.

He first got a glimpse of what being a professional was like during the draft process. Tari Eason, a 6-8 forward from Seattle, WA, worked out with about 10 teams before being selected 17th overall by the Houston Rockets. The traveling from city to city and getting accustomed to different time zones gave him a preview of what to expect for an 82-game NBA season.

“It was a good process,” he tells SLAM. “I think that it really taught me how to be a pro in some of the areas, like dealing with travel [and] taking care of my body.”

As he gets acclimated in H-Town, Eason looks to bring the same tenacity he brought in college to a Rockets team looking to build around a super-talented young core.

He spent one year at Cincinnati, where he averaged 7.3 points and 5.9 rebounds in 23 games, and earned All-AAC Freshman honors. Eason then transferred to LSU and put up 16.9 ppg and 6.6 rpg while shooting 52 percent from the field and 80 percent from the charity stripe. He became the first player in SEC history to be named Sixth Man of the Year and First Team All-SEC in the same season.

His incredible rise to becoming a first round draft pick is even more impressive when you consider that when he left high school a couple of years ago, he wasn’t even considered by “recruiting experts” good enough to be ranked in the top-100 in his class (and never saw his name up there throughout his high school career in Seattle, which included playing under Brandon Roy at one point and being teammates with Timberwolves forward Jaden McDaniels later on).

When asked how his style of play would translate to the League, Eason doesn’t hesitate to mention his versatility and prowess on the defensive end.

“Relentless defender who can guard multiple positions,” he says. “Bringing that defensive mindset to the team and…thrive in that role.”

The post Tari Eason’s Meteoric Rise to Becoming a First-Round Draft Pick on the Rockets appeared first on SLAM.