The Connecticut Sun are Hungrier Than Ever for a Title 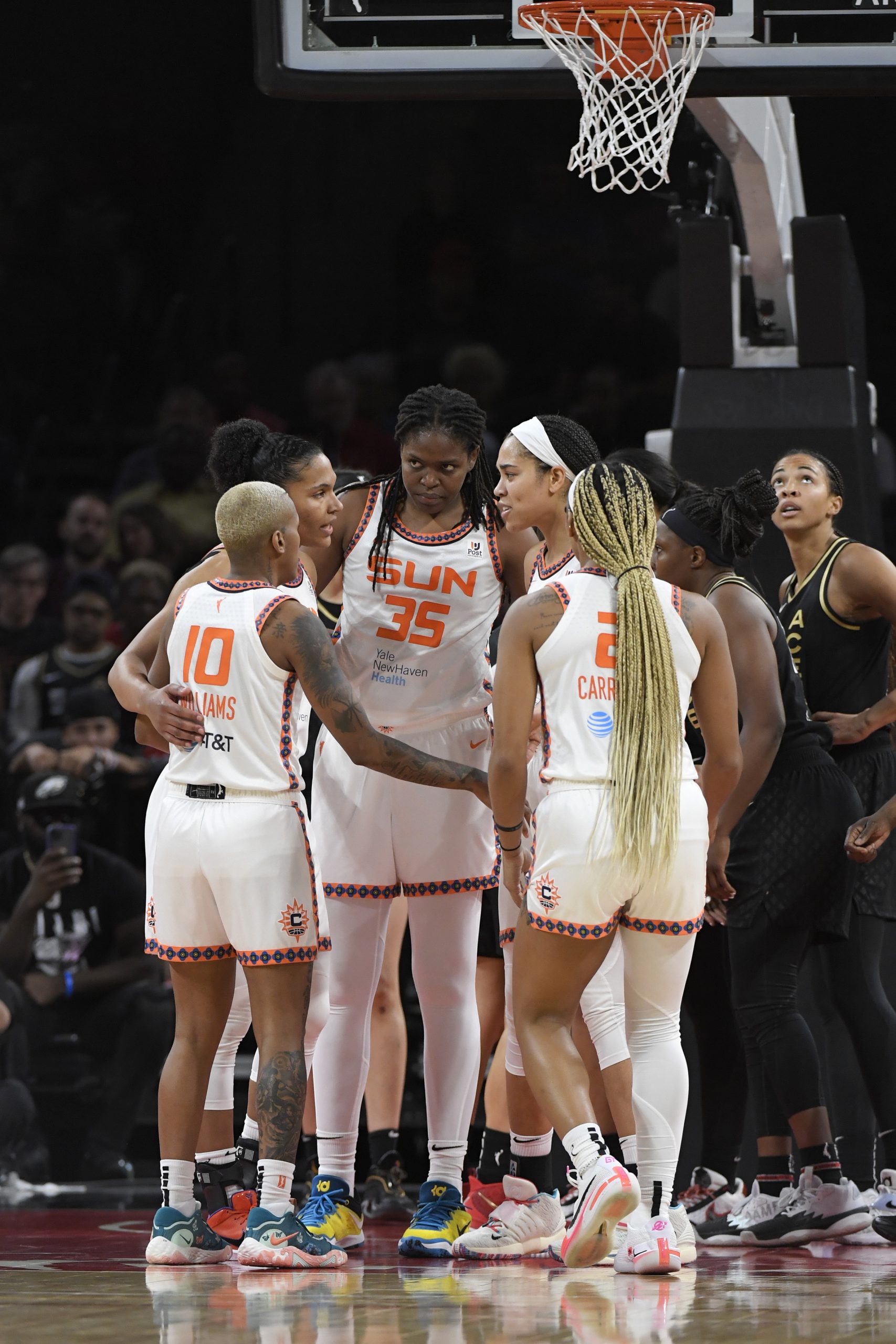 This is the year, right?

With 2021 Coach of the Year Curt Miller at the helm, this must be the year the Connecticut Sun translate their regular-season success into playoff glory…right?

Championship windows don’t linger for long, so the pressure is on for the Connecticut Sun. A premier team in the League for the past three years, the Sun was labeled the early season favorite and predicted by many experts as the team most likely to be the last standing at the end. But, in reality, the Sun has come up short of the ultimate goal in the final moments in each of those seasons. With the League growing more and more competitive, and the parity in the WNBA reaching an all-time high, Connecticut must make good on its promise to grab what the franchise has yet to capture in its 20-year existence: a WNBA title.

After losing 3-2 in a thrilling five-game series against the Washington Mystics in the 2019 Finals, the team fell short of reaching the Finals the following year. With the big free agency signing of DeWanna Bonner ahead of an unprecedented time in not only sports, but in our country’s history, the Sun found themselves in a semifinals losing battle with the Las Vegas Aces during the 2020 bubble. However, last season’s early exit seemed the most disappointing.

After earning the No. 1 overall seed and claiming a bye through the first and second rounds, and posting 14 straight regular-season wins going into the postseason, Connecticut failed to hang a banner at the end of one of the franchise’s best seasons.

“We feel like we fell short,” reigning MVP Jonquel Jones says in reflection of last season. “We understood what we were able to do, and it’s just been a lot of talk about that.”

Head coach Curt Miller echoed those sentiments. “It’s a fine line between wins and losses in our League,” he says. “You look back at that series and you think about all the little things that could have been done differently.”

In hindsight, there were a myriad of things that could have been “done differently.” Executing on a missed open layup in Game 3 from Briann January that could have ended the game in regulation for the Sun is one such play that comes to mind. The team never seemed to find their groove in that series against Chicago, which presented arguably the toughest matchup Connecticut had seen all season. One could see in that series, as late as being on the brink of elimination, how much the Sun yearned to finish their season as champions. Miller even said then that there were moments where their desire to win overshadowed their execution and took them out of character. The team would be overpowered, outplayed and outcoached by the Sky and eventually lose the series 3-1. Chicago would continue on to defeat the Phoenix Mercury and eventually become the 2021 WNBA champions.

“There are lessons learned in every situation,” Miller continues, “but that fine line just serves as a reminder that all the little things matter in a game that make or break a loss, and you have to show up in the smaller moments just as you do in the biggest moments.”

A franchise that has been knocking at the door of a championship but can’t seem to find their way in, Connecticut believes this is the right team and the right season to push the needle forward. With the abrupt end to their previous season in the rearview mirror, the Sun are looking to this season as the one where all the pieces will finally fall into place.

After returning most of their core players this season and re-signing Courtney Williams from Atlanta, a key component to the 2019 Finals run, Connecticut was expecting to have a year where the Fteam could finally have all their stars healthy and on the court. After playing without Jones in 2020 and without Alyssa Thomas (out with an Achilles tear) for all but a few games in 2021, the Sun once again find themselves having to tinker with their lineup now that point guard Jasmine Thomas has been ruled out for the season after tearing the ACL in her right knee near the end of May.

“Disappointing. Heartbreaking. [J. Thomas] is an iron woman. She doesn’t miss games,“ Miller stated after Thomas’ injury. “It’s difficult. And quite frankly, I’m tired of having to figure out how to play without a starter. But sometimes injuries can equal opportunities.”

Without J. Thomas in the lineup, the team has seen the other Thomas, who has an incredible comeback story of her own, put her versatility on display. “I feel like a utility player has always been my role,” Alyssa Thomas says.

There’s no telling where you’ll see her on the court and in what position. With Thomas’ flexibility to switch to the 1 guard, it creates an opportunity for Miller to use a larger lineup on the floor, which has really given defenses a tough time in the paint. Since returning from an injury, Alyssa has eased back into the form that made her the engine for Connecticut. She’s become an even more unstoppable force in how she facilitates the offense, from passing the ball to getting her teammates involved to driving to the basket and creating plays for herself.

The absence of J. Thomas has also led to the emergence of Natisha Hiedeman. The 5-8 guard out of Marquette has been one of the most energetic role players for Connecticut since joining the team in 2019. As her game has continued to grow, so have her opportunities to play in other places. But Hiedeman is aware of how close this team is to the dream that all WNBA players share.

“I love playing with this team and learning from my teammates,” Hiedeman tells WSLAM. “Of course I’d rather have Jas healthy and on the court, but I’m ready for any situation. I got the opportunity to learn and grow from Jas and Bri and maybe I could go and play somewhere else, but why would I? We’re a good team and of course we want to win a championship.”

Hiedeman has been displaying more confidence in her three-point shooting this season and using her ability to draw contact and generate points from the free-throw line. The consistency and inside dominance of Brionna Jones, who’s averaging double figures as the sixth woman off the bench, is another bright spot. With all these pieces, the Sun remain in prime position to vie for a championship, despite the growing parity in the WNBA.

Connecticut knows the assignment this season, but the League is far more dangerous this year than in years past. With the change in the postseason format and the elevation of teams like the Dallas Wings and the Atlanta Dream, who are thriving under new head coach Tanisha Wright and rookie sensation Rhyne Howard, the separation between the top tier teams is thinning. But according to Jones, this Sun team doesn’t shy away from the notion that they are no longer the underdog lacking the respect they rightfully deserve. Remember disrespeCT? The increased competition in the W hasn’t distracted the Sun from the mission at hand.

“This year, we want to embrace being the hunted,” Jones says. “We understand that people are going to kind of come at us, and we have all the necessary pieces. So we’re ready. The desire is definitely there. [I guess] the best way to describe it is just hunger. We’re hungry.”

Connecticut is feeding off this craving to be the team crowned champions when it’s all said and done. 2022. This could be the year…right?

The post The Connecticut Sun are Hungrier Than Ever for a Title appeared first on SLAM.