EXCLUSIVE: Ronnie Fieg on Being Named the First-Ever Creative Director of the New York Knicks 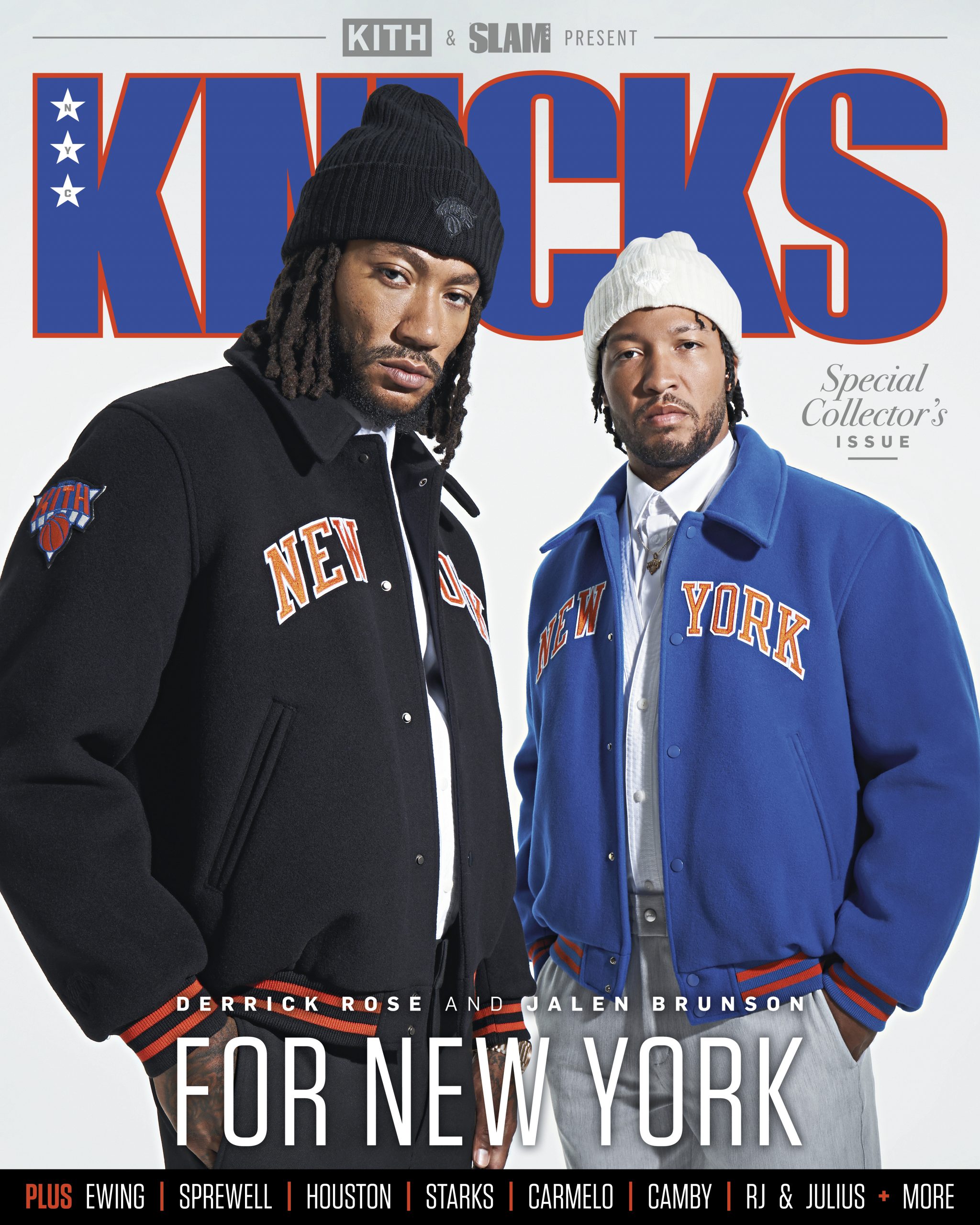 Like all native New Yorkers who witnessed the East Coast dominance of Patrick Ewing, Anthony Mason and Co., the moment John Starks turned the corner and rose up for his iconic poster dunk on Horace Grant and His Airness, the image of the 6-3 guard’s crisp white jersey flying through the air was seared into the memory of an 11-year-old Ronnie Fieg.

Wearing his favorite player’s number during his days playing for the Mid Queens Fresh Meadows league, the Queens native grew up in the easternmost borough religiously watching every Knicks game with his father while the walls of his room lay rife with posters of Doc Rivers, Derek Harper, Hubert Davis and Greg Anthony, his “OG heroes.” Whether it was the ’94 Finals run or Larry Johnson’s legendary 4-point play against the Pacers with time expiring, “These moments were bigger than basketball to me,” Fieg says. “They defined my youth.”

As the founder and owner of the lifestyle brand Kith, Fieg and his ever-extensive collection of collaborative installments continues to be informed by the brands that formalized his adolescence—such as the company’s Coca-Cola branded apparel pieces and its redesigned BMW vehicles. But just one has been able to include both New York City and its hometown Knicks, making Fieg’s newest position as the organization’s Creative Director that much more sacred.

Yes, you read that right. The man who brought you the past two years of sleek City Edition uniforms while continuing to cohabitate with the biggest sports and fashion brands on the globe—The Swoosh, Versace, Bergdorf Goodman and Asics, just to name a few—is now leading the creative direction of the New York Knicks.

At age 7, Fieg’s father gifted him a Knicks t-shirt that he quickly became obsessed with. He recalled exactly how upset he was when his arms and torso grew out of its youth size. Still, he didn’t want to give it up. There was too much history, too much nostalgia stitched into its seams. “That’s the same feeling I want to give people today when I design Knicks product,” he says.

Fieg says the landmark opportunity came by way of his work on the team’s City Edition uniforms and subsequent Kith collections from the past two seasons. The brand’s special projects and marketing efforts in collaboration with the organization led to Fieg and the Knicks’ relationship growing to the point of this next step making sense for both parties.

“I think they saw the passion I have for the team, and they wanted to take what we were doing together to the next level,” Fieg says. “We shared long conversations about what the Knicks not only mean to the League, but to the world. Through these conversations, as well as the Kith partnership, they understood my vision and we began to shape this opportunity to do some very special things.”

In Fieg’s eyes, New York remains the most aspirational city on Earth, with both he and his brand’s roots tied to its nostalgic ’90s aesthetic. When asked about his favorite elements of the Knicks jersey during his childhood, he notes that the specific jersey—with its vibrant orange and blue accents and piping—didn’t change between 1983 and 1997, so that’s the one he goes back to as the OG.

During Fieg’s high school years, the team’s jersey—with a thick jet black stripe down the top and bottom—was worn from 1998 to 2012, so you can expect that period to heavily influence his coming work as well.

“Whatever you love during that era is what you’ll love for the rest of your life,” Fieg adds. “So many incredible memories were made with those jerseys that make their design coveted forever.”

The immediate work, however, doesn’t call for an immediate jersey overhaul or redesign of the hallowed MSG hardwood. Rather, he’s opting for building out the consistency of the way the general public views the Knicks’ brand. “It’s going to be my responsibility that they also love the brand the same way I do,” he says.

The franchise is equally excited to have Ronnie on board.

“When Ronnie created his first Knicks City Edition uniform during the 2020-21 season, the organization knew we had something special, and each year’s design has been more innovative than the last. We are honored to have him join the Knicks as Creative Director,” says David Hopkinson, President and Chief Operating Officer of MSG Sports. “Ronnie’s position will help provide a distinctive look and feel across marketing, content and merchandise initiatives. Given Ronnie’s life-long Knicks fandom, creative vision and New York City roots, we are extremely excited for our continued and expanded collaboration.”

The 2022 Kith for Knicks collection is “a combination of products that really speak to the best of what Kith has to offer as a brand,” Fieg says. “The first two collections were in collaboration with Nike, and that called for a more athletic approach. This time around I wanted to go super luxury with the product and feature the team in ways we’ve never seen before. Knits, Manteco Wool jackets, leather varsities, new sweatshirt bodies, etc.”

The collection includes a collared varsity jacket in royal blue and a beige leather version that Fieg describes as his “favorite piece yet.”

What can fans of both Kith and the Knicks look forward to?

“Expect there to be tender loving care applied,” Fieg says. “I’m a tough critic of my work, so New York and I have that in common. I hope I can make fans proud of what they speak on and wear to represent the team and brand.”

The post EXCLUSIVE: Ronnie Fieg on Being Named the First-Ever Creative Director of the New York Knicks appeared first on SLAM.