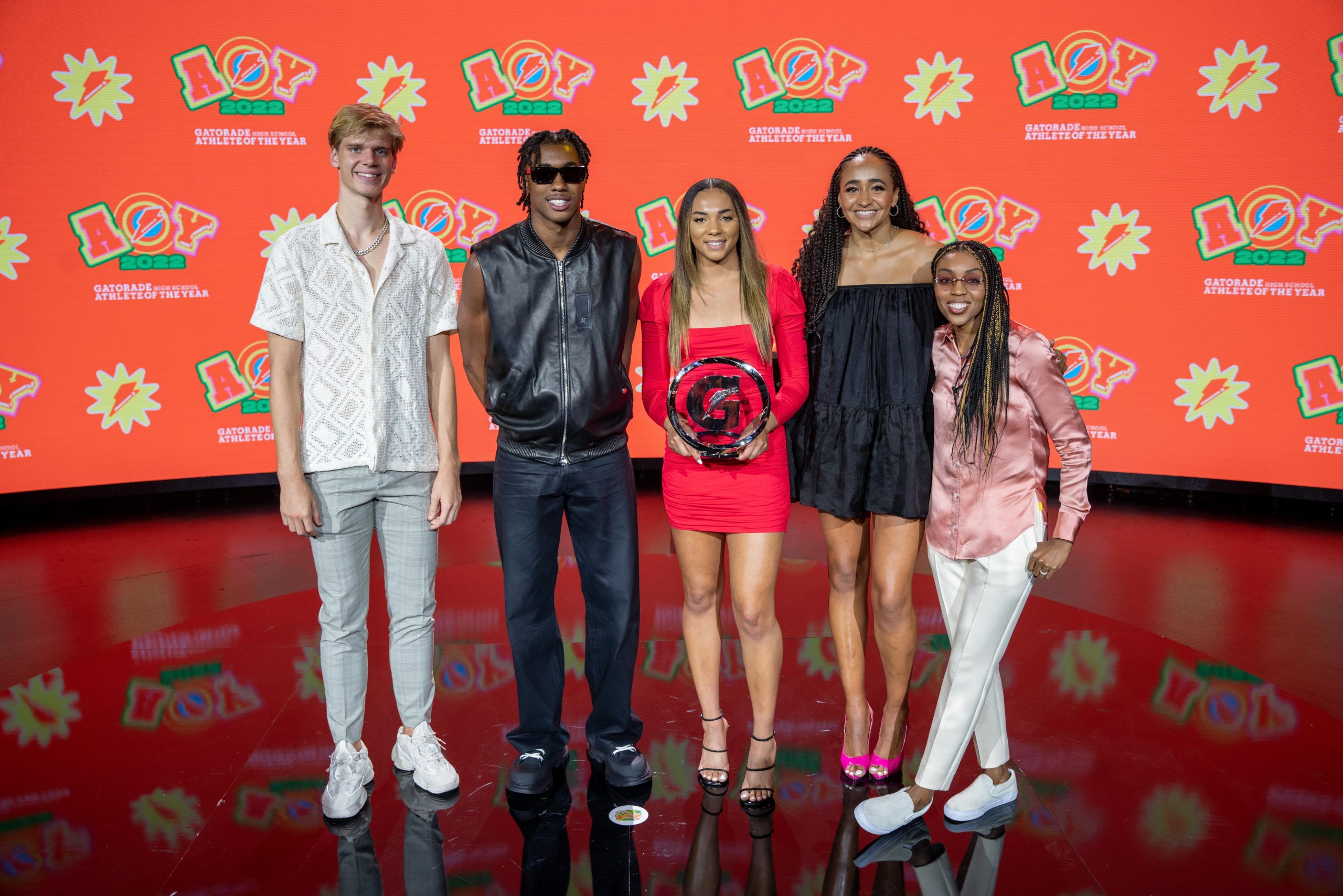 Things have now come full circle for the co-owner of the Atlanta Dream, whose squad is currently sitting at No. 4 in the Eastern Conference. Montgomery recently had the opportunity to attend the Gatorade Athlete of the Year Award Show in Los Angeles and support some of the brightest and best high school hoopers from around the country. “What makes [the Gatorade Athlete of the Year Award] so exciting is this is a step further. I was the Gatorade Player of the Year for West Virginia, but this is Athlete of the Year for the entire year across various sports.  It’s the best [of the best] here, not only their sport, but what they’re doing off the court. It’s exciting to see the next generation and also be here to give them energy and pump them up and let them know, like, you’re doing something right. Don’t let nobody tell you anything different.”

The award show, which took place at Goya Studios, made its highly-anticipated return last week after a two-year hiatus and featured a star-studded group of college and pro athletes in attendance, from Montgomery to Pistons rookie Jaden Ivey and Stanford’s Haley Jones. During the award ceremony, Gatorade honored all 12 National Gatorade Players of the Year winners—which includes Kansas-commit Gradey Dick—for their excellence within athletics, academics, and how they’re committed to making an impact in their communities. SLAM All-American Kiki Rice was named the 2022 Gatorade Female High School Athlete of the Year, adding yet another award to her already illustrious, multi-sport high school career at Sidwell Friends—she won the 2018-19 Gatorade Washington D.C. Girls Soccer Player of the Year and Basketball Player of the Year award twice throughout her high school career. On the boy’s side, cross country standout Colin Sahlman was named the 2022 Gatorade Male High School Athlete of the Year.

Rice led the Quakers to a 28-0 record and a DCSAA Tournament title this past season while maintaining a B-plus average and volunteering with So Others Might Eat, an organization that supports those experiencing homelessness and poverty. She also mentors younger Sidwell Friends students and is a veteran leader in the Sidwell Friends Athletic Leadership Academy.

For Montgomery, it’s that type of unwavering commitment to making a difference and pursuing their passions, both on and off the court, that makes watching the next generation of young hoopers so exciting. “I would say what stands out to me about this next generation of hoopers is the fact that they can do whatever they want to do. I was talking to some of them on the [Gatorade] orange carpet and asking them about what kind of style they like [and] what kind of music. Yes, you’re an athlete, but you can be an ambassador for so much more. So, that’s what’s most exciting about the next generation. They can literally do whatever they want.”

Ivey, who pulled up to the Gatorade Athlete of the Year Award Show rockin’ a leather fit, echoes those same sentiments while offering a bit of advice to all the young standouts. Although his trajectory to the NBA has been different than many others in his draft class—Ivey was a four-star recruit out of La Lumiere School and ranked No. 84 on the ESPN 100 list for the Class of 2020— he knows firsthand that it’s all about trusting the process.

“My journey was a bit different,” he says. “I wasn’t heavily recruited [and] I didn’t really have all the spotlight. So, I would say to just embrace it, your journey. That’s the biggest thing, embrace whatever you do.”

The post Renee Montgomery and Jaden Ivey Support the Next Generation of Standouts at Gatorade’s Annual Athlete of the Year Award Show appeared first on SLAM.